“In music we work out our reality.

It’s a privilege, digging around in the underworld,

JENNY O.
The stage name of Jennifer Anne Ognibene, Jenny O. is a Los Angeles-based singer-songwriter from Long Island, New York. She has released Home EP (2011) and her debut LP Automechanic (2013). As a vocalist, Jenny O. has featured on tracks by Bonnie ‘Prince’ Billy, Leon Russell, Roy Harper, Harper Simon and Luke Rathborne. She has toured with Sixto Rodriguez, Father John Misty, Ben Harper, Leon Russell and Rodrigo Amarante. Jenny O. will release an EP this spring. Her forthcoming LP, written in Nashville and recorded with Jonathan Wilson in Los Angeles, is slated for release later this year.

Rain Phoenix
Rain Joan of Arc Phoenix is a Los Angeles-based activist and artist. She is a board member and artist ambassador with The River Phoenix Center for Peacebuilding and is involved with The LunchBox Fund, Gift Horse Project, The Art of Elysium and Bernie Sanders campaign. In the ‘90s, Phoenix sang with R.E.M. and The Red Hot Chili Peppers before beginning her own bands The Causey Way, Papercranes and Venus and the Moon. She has acted in the films Even Cowgirls Get the Blues (1993), To Die For (1995), O (2001), Harry + Max (2004) and more.

I met Jenny O. in 2010 when we played in a couple of musical projects together. Immediately, I fell in love with her voice and music. She’s revolutionary—she weaves her past, present and future into her songs as something we can all relate to. Her deep, soulful voice can be as fragile as butterfly wings. She is one to watch, one to listen to, one of a kind.

Rain Phoenix: I love Automechanic. I love when Jonathan Wilson produces your music, and you just told me that he produced the new record, so I already love it. You’re going to put out an EP before the record?

Jenny O: Yeah, it will be a little while before the LP comes out. And an EP I made by myself feels casual, like I can just place it on the internet and not worry too much about it.

RP: I’ve known you now for let’s say six years, and I realized I don’t know much about [your decision to become an artist]. Why music for you? Where did it come from? Family?

JO: Yeah, from my father. He plays covers, rock ’n’ roll, ’50s, ’60s, ’70s… He has a band still, so I grew up on that and had access to all those instruments. I started singing and got into strings and orchestra in school. Early on, I realized I was good at it. Music felt natural to me, so I kept doing it.

JO: I began on cello, then upright bass.

RP: There’s nothing hotter than a woman who plays bass. How did you discover you wanted to write songs? Did they just start coming out of you?

“None of those artists seem male
or female to me. They’re all aliens.”
— JENNY O.

JO: No. I would make up little things, but I didn’t know how to make full songs. In high school I got into jazz and improvisation and went to college for that. A friend put some recording software on my computer, and I started making songs. I was suddenly into all this other music, and I didn’t want to listen to jazz anymore. I switched schools and went for recording and writing. That’s when I really began to think about songs, form and lyrics and finding a sound.

RP: Who are your top five songwriters?

JO: I know. I think about that… There are females whose work I dig—there are so many great writers—but album after album, over a career, it’s the aforementioned for me. Not to say there isn’t anyone else out there. I’ve probably been exposed to more male music. We could look at the many reasons why that is.

RP: Well, I think it’s really interesting that they were all men. A friend of mine said that all artists are feminine and all art is feminine, or it’s coming from the feminine energy. You named some heavy hitters. I think Carole King is a great songwriter to name one of that era.

JO: She is a great songwriter. So many great songs. I don’t gravitate toward her entire catalogue in the way I do with Dylan or a Beatle. Actually, Björk is a female whose records I consistently dig. None of those artists seem male or female to me. They’re all aliens.

RP: Do you ever feel the pressure of a timeline because you are a woman? That there’s an age limit of sorts for ‘making it’?

JO: Yes and no. “No” because gender doesn’t feel all that relevant to me personally. I feel a pressure about age, like it’s important to do as much good work as possible while you’re still cute. And then hopefully you can keep touring or working later based on momentum you got when you were young.

RP: It’s the longevity clause: keeps you young. If you can get there while you’re young, that time is what you’re remembered for.

RP: Exactly, you want to get to a place where you’re in the ether and people like you enough that they would post the young photo of you. I can’t believe we digress to Instagram.

RP: I think you will get there before your timestamp is up. I also think you will really enjoy your forties and the freedom that comes from not worrying about all that stuff you thought you needed to do. You get to be who you are. Any favorite record from the last year or two?

JO: Damien Jurado. Perfume Genius. I know for a fact I don’t hear enough of what’s currently going on out there.

“Music is spiritual…there are sounds
and rhythms and combinations of those that
move us internally and alike.”
— JENNY O.

RP: Do you feel like there is a spirituality inherent in music?

JO: Music is spiritual. I don’t understand it very deeply for all of my research, but there are sounds and rhythms and combinations of those that move us internally and alike.

RP: When you’re writing, do you ever feel like a conduit?

RP: Me too! It seems the more you’re aware of it, the more it happens. Maybe if you say, “Sometimes songs get beamed to me,” it will happen more! As if it opens that channel.

JO: I’m going to start saying that now. Immediately, I always think, “Did I steal this from Tom Petty? What Bad Company song is this?” I have a few friends who I’ll text with a voice memo, like, “Is this something already?” Because it feels so familiar, and by the third time you sing it or it goes around your head, it’s hard to remember, Did I actually write this?

RP: Because we identify as individual artists, we think we create everything that comes to us, but who’s to say really? I like to think some of the most inspirational art and music may have been ‘beamed’ to the artist.

JO: Dylan says that with a lot of his early stuff, he doesn’t even know how he wrote it. It just came out.

RP: Music seems like it comes from our subconscious, our dreamspace. We get to create in this alternate state and work out our conscious life.

JO: In music we work out our reality. It’s a privilege, digging around in the underworld, on the other side.

RP: You’re from New York, and you’ve lived in Los Angeles and Nashville. Is there any place else you’d really like to live?

JO: Rome. Or England. I’d like to make a record in England. 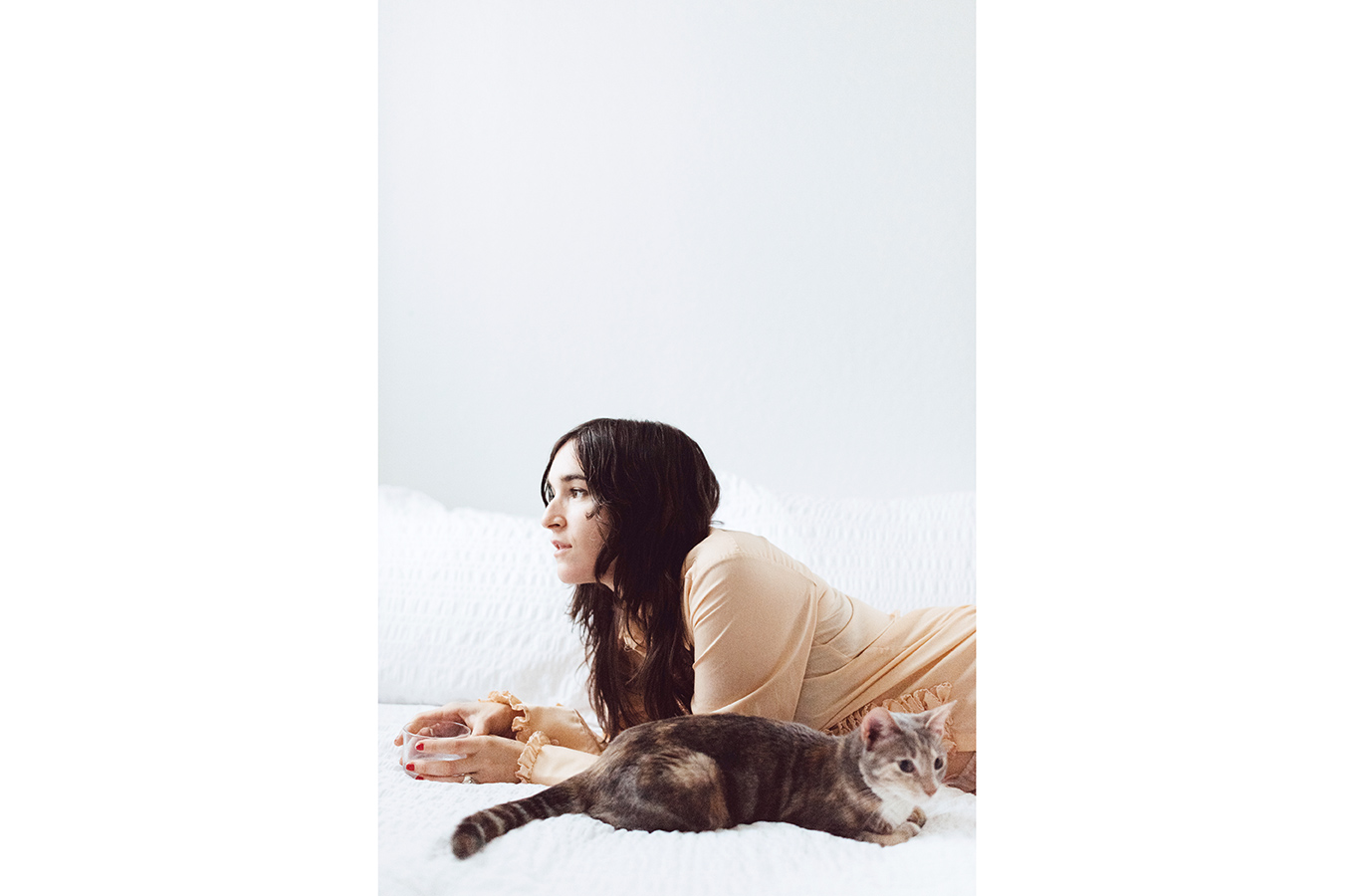 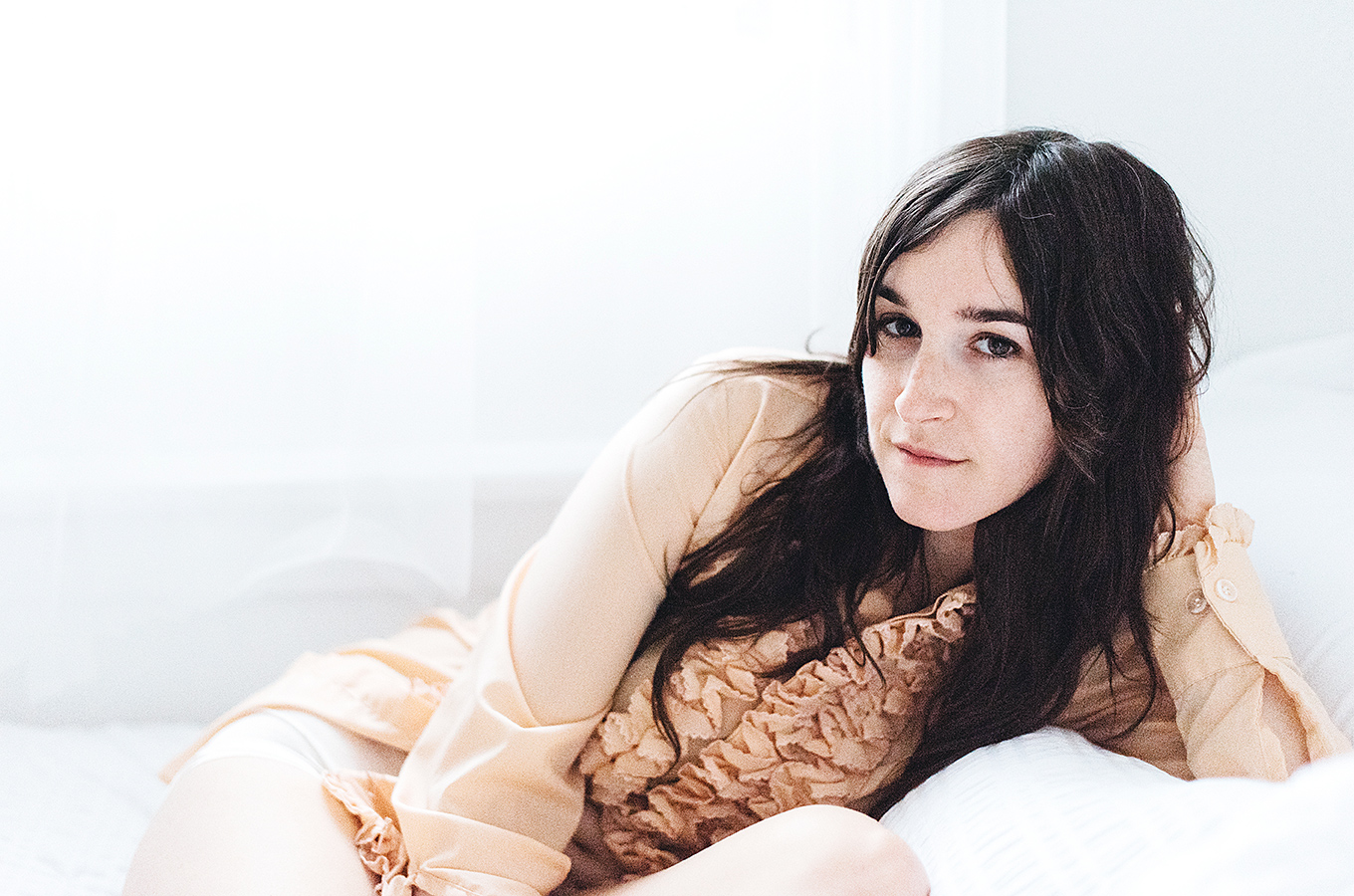 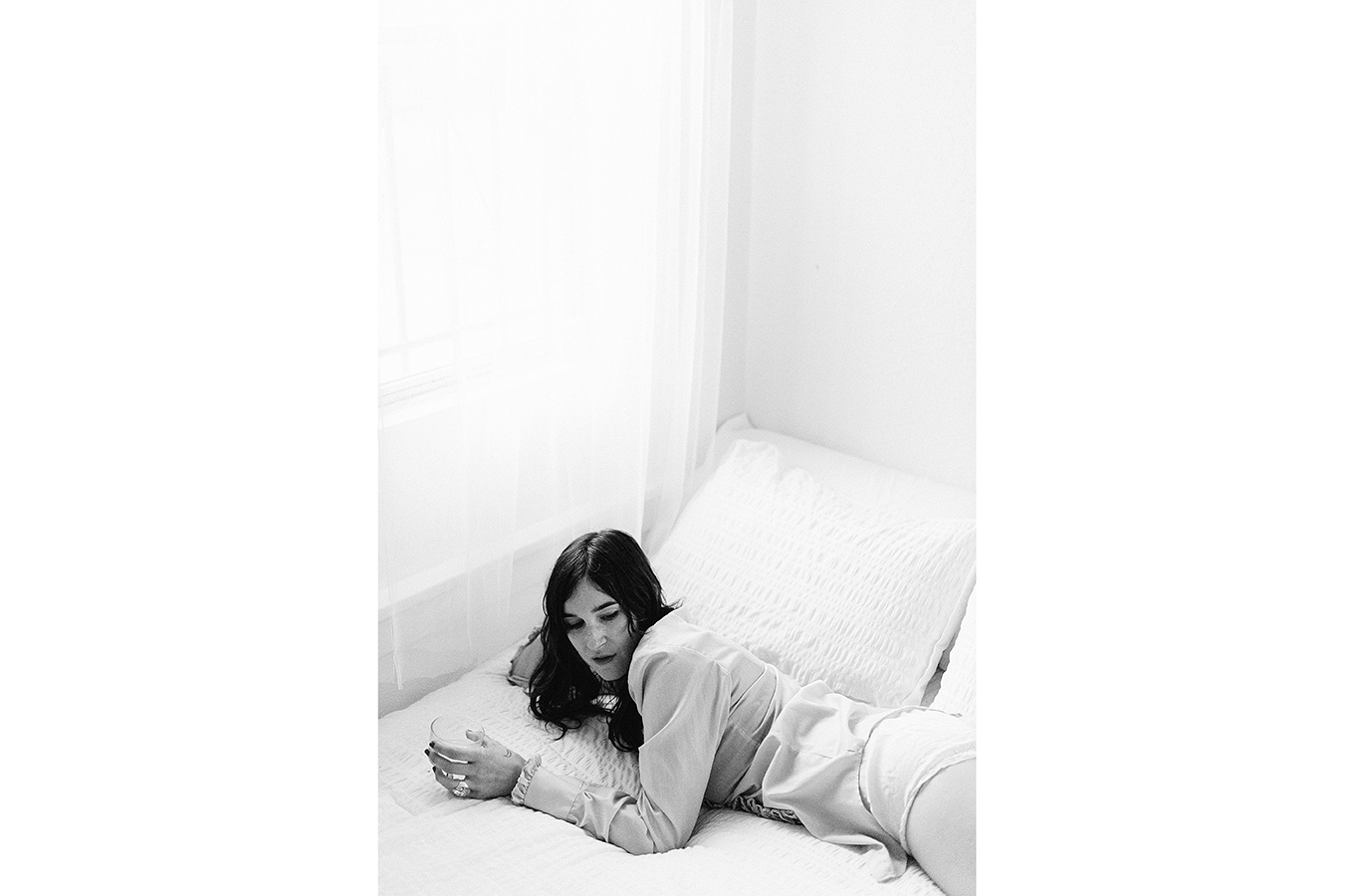 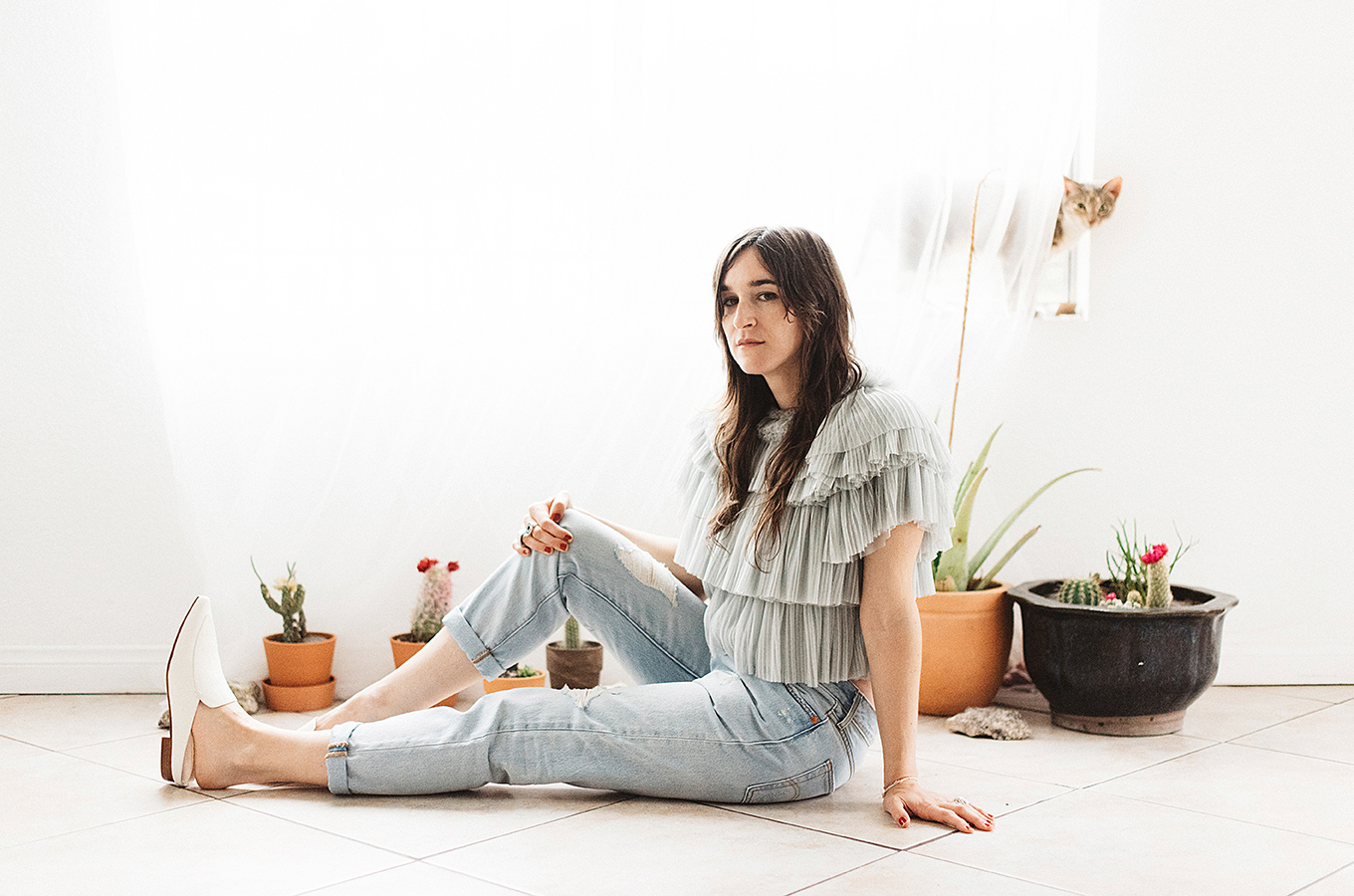 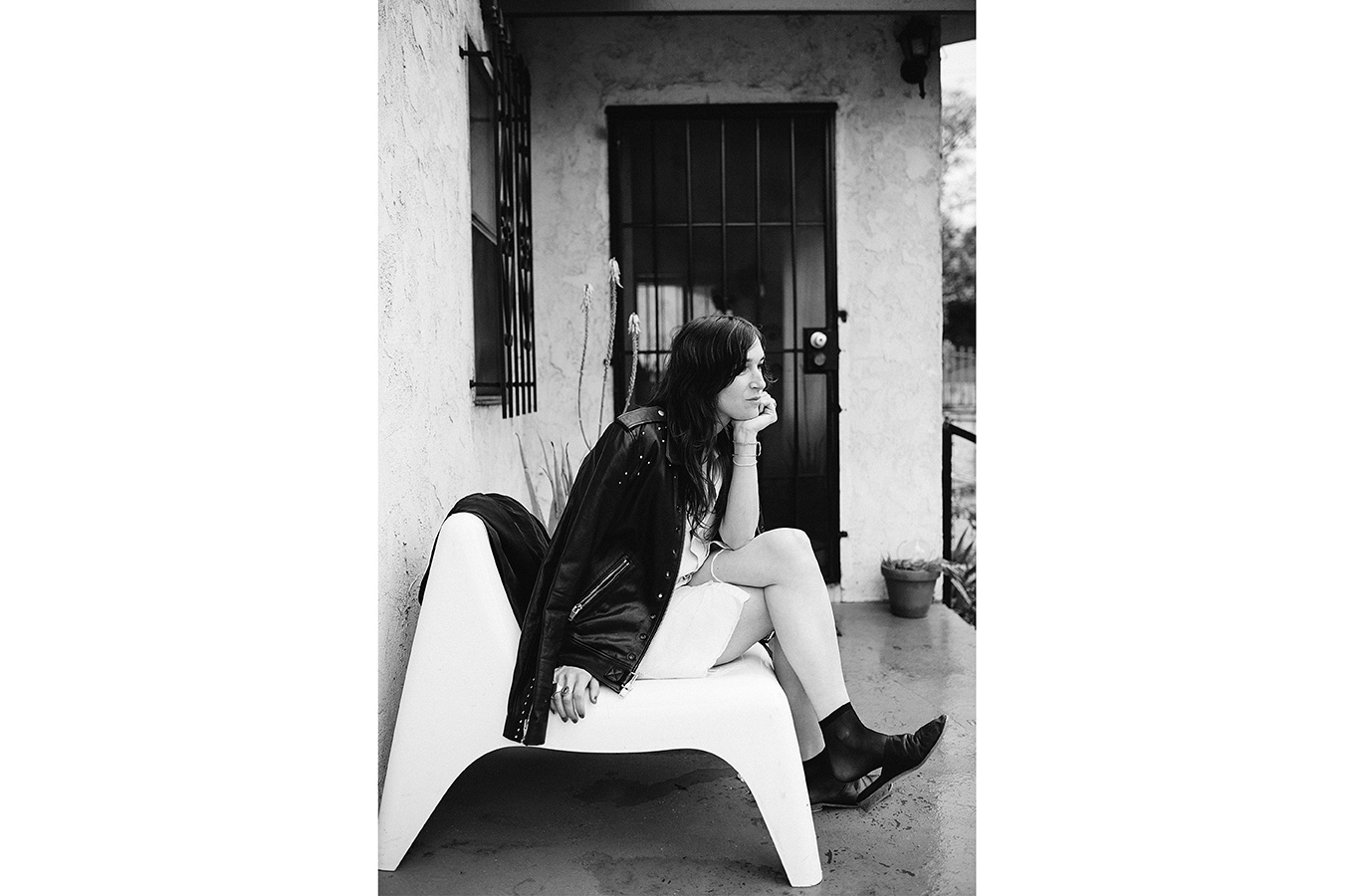 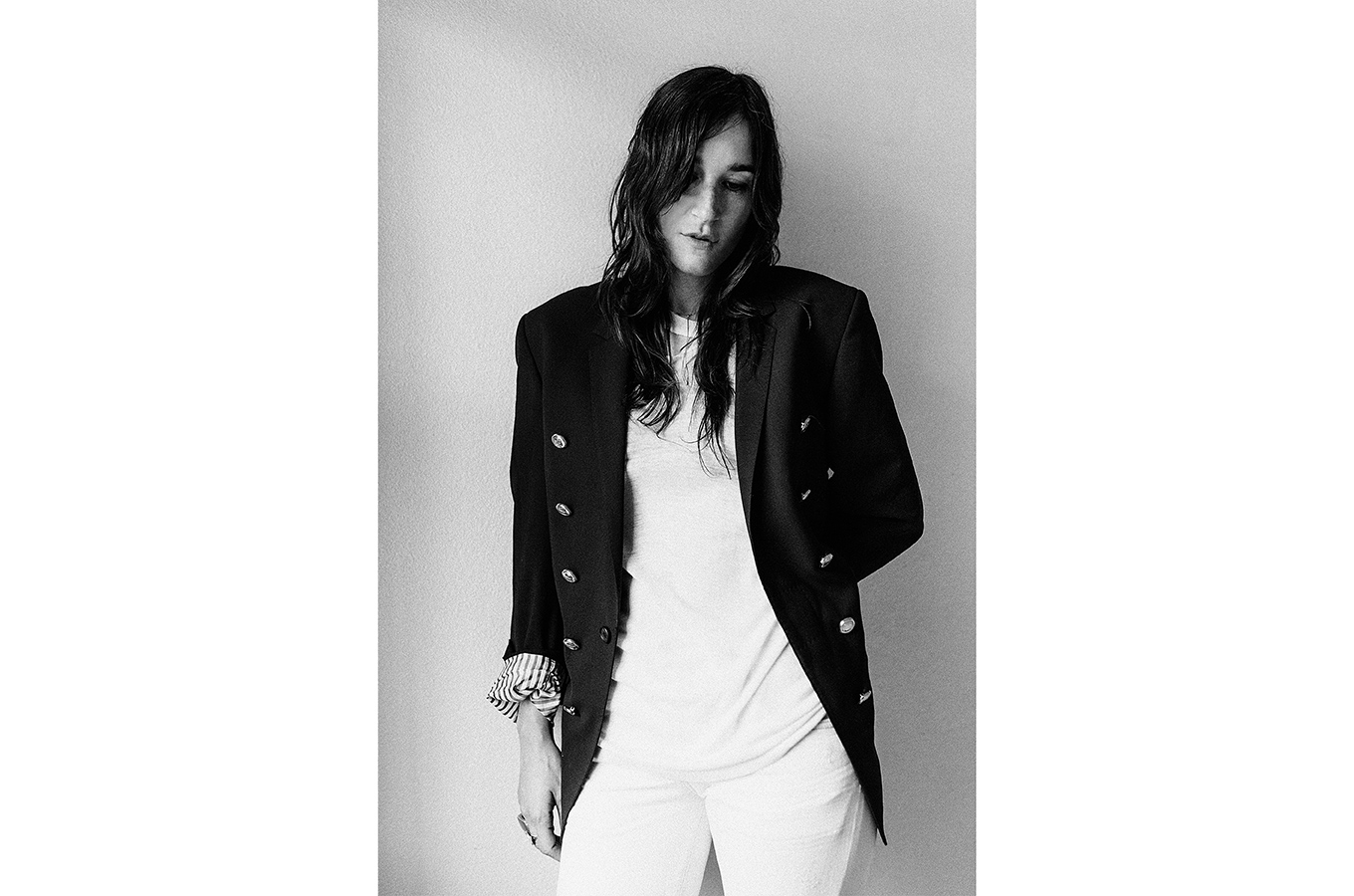