“Because I started so young, I can see how

I’ve grown into who I’ve become and

can see the start of my career from a different angle —

it was all done in the best and most natural way.”

Kodi Smit-McPhee
Born in South Australia, Kodi Smit-McPhee has been acting from a young age, first appearing in The Road in 2009 and Let Me In the year after. His film roles since include Dawn of the Planet of the Apes, Paranorman, the upcoming Sundance film Slow West, and 2016’s X-Men: Apocalypse. His father Andy McPhee and sister Sianoa Smit-McPhee are both actors, and the family has relocated to Los Angeles.

X-Men: Apocalypse
Part of the X-Men franchise, Apocalypse is the sequel to 2014’s X-Men: Days of Future Past. Slated for 2016, the film will be directed by Bryan Singer and will star Jennifer Lawrence and Michael Fassbender among others.

Slow West
From writer-director John Maclean, Slow West is the story of a 16-year-old in 19th century Colorado who travels with an older, mysterious man in search of his lost love. The film stars Michael Fassbender and Kodi Smit-McPhee and was winner of the Grand Jury Prize at Sundance 2015. It is slated for a May 15 theatrical release.

For an actor who’s not yet hit 20, Kodi Smit McPhee has an impressive resume. He’s already had starring roles in The Road, Let Me In and Dawn of the Planet of the Apes, plus his latest project premiered at Sundance to high praise. Slow West is an absurdist, coming-of-age, Western hybrid that sees Smit-McPhee playing opposite Michael Fassbender. And to seal his success, Bryan Singer has picked him for the coveted role of Nightcrawler in the next installment of the X-Men franchise, X-Men: Apocalypse.

Holly Grigg-Spall: You have quite recently been cast in the new X-Men movie as the character Nightcrawler. When do you start filming?

Kodi Smit-McPhee: That’s huge for me and I’m hugely grateful. I’m really excited to get started on it, but it’s all still pretty top-secret right now. I believe we start within the next few months, but I have no specific dates yet. I’ll do whatever they want!

HGS: Tell us a bit about your character, Nightcrawler.

KSM: He’s pretty amazing. I’ve done quite a bit more research on him now. He’s a superhero who is really unique and quite different from the others. He was abandoned by his mother, so he was brought up in the circus to hide his freakish looks from the real world. Eventually, he was chased out of the circus because they thought he was a real demon. Not that he did anything to them, but just because of the way he looked. He turns to faith and religion. He’s the only superhero I know that talks about religion and the beautiful, truthful elements and values of our world. I’m really looking forward to that aspect.

HGS: This will be your first role in which you have to do the total transformative makeup to get into character. Will this affect how you prepare?

KSM: I don’t think there’s a way to prepare for it except to be ready in the soul and the intellectual mind of the character and his history. I’m just going to take it as it comes. I’m excited I will have the opportunity to express such a foreign character and show a bit more of what’s within me too. That said, it’s probably going to be three or four hours in the chair each day, so that will be something new for me. I’ll be going into my meditative state every morning for that.

Michael Fassbender
German-born and raised in Ireland, Fassbender is an actor known for Inglourious Basterds, Prometheus, 12 Years a Slave, for which we was Oscar nominated, and his recurring role as Magneto in the X-Men series.

HGS: You’ll be working with Michael Fassbender again on this movie, as you did in Slow West. As an older actor, has he given you any advice on making decisions about roles?

KSM: I think I’ve soaked up and learned all that over the years on my own journey—to different parts of the world, different cultures. Even just being in LA. I’ve grown to learn what you have to do and what you have to know. But I’ve spent so much time with Michael. If you can sit back and watch the way someone works as an actor, you can be inspired. I’ll also be working with Nicholas Hoult and Tye Sheridan again—a few guys I’ve worked with before and really enjoy. It’s going to be great.

HGS: You have been acting since you were eight years old and your father is an actor, as well as your sister. Your father has even been in some of the same movies and TV shows as you. Did he inspire you to go into acting? Is it difficult to follow in his footsteps or does that make it easier?

KSM: It definitely made it a little bit easier. Because I started so young, I can see how I’ve grown into who I’ve become now, and I can see the start of my career from a different angle of maturity. I can see that it was all done in the best and most natural way because I was so young. I had a genuine passion for it. My dad asked me if I wanted to do short movies at first. It was pure willpower for me. I did student films and stuff for fun. I didn’t really think about where I was going with it. It escalated quickly, though, to TV films, then to Australian feature films and then to a move to LA. I just want to continue with that momentum.

The Road
A 2009 post-apocalyptic drama based on the Cormac McCarthy novel of the same name, The Road was directed by John Hillcoat and starred Viggo Mortensen, Charlize Theron and Kodi Smit-McPhee.

Let Me In
Kodi Smit-McPhee and Chloe Grace Moretz star in this 2010 vampire mystery written and directed by Matt Reeves.

We started coming out to LA when I was 11. I did my first job, The Road, and then Let Me In. Then I could keep my family out here for five years before we all had to move around a bit for each of our careers. But we’re still working as a tight team. My parents are back in Australia now. My sister is here and married. She doesn’t live too far away from me, if I’m ever feeling lonely. Talking with my family keeps my motivations pure. They remind me of why they love me and why my fans love me.

“I’m living in a weird industry,
in a weird body, in a weird world.
I take refuge in art everyday.
It helps me show who I am.”
— Kodi Smit-McPhee

HGS: You’ve worked on some great movies over the years. What’s that experience like, being able to track your process of growing up through movies?

KSM: At a point, I was amazed by the course I had taken with my family—where I ended up and where I could be heading. I started getting into researching things outside of myself. I was researching the universe, but I was really looking for something within myself. I started looking at religions, sacred geometry and cultures of the world. I’d been to so many places, seen humans living in so many different ways, and our world in so many different states that it really made me jump out of myself and my little career and journey. I wanted to know what my true love could be. I realized it was expression and creation and the whole of art itself. I wanted to see where that was coming from. I researched that and found it was coming from my soul. I wanted to know why these things happen. It’s been amazing for me.

When I started maturing in my mind, slowly, I started observing what was happening and wondering if acting was where I had my whole heart. I loved it, but I felt it was coming from somewhere else more powerful… from my love of creation and art. It was all in one category. Even if I’m not acting, I will come back to painting or music or other things within the arts that perhaps I’d like to transition to one day.

HGS: Outside of acting then, what musicians, writers or artists inspire you?

KSM: I really love people like Salvador Dali—a lot of metaphysical or abstract artists. My life inspirations are people like Deepak Chopra, Eckhart Tolle—a lot of gurus. I’ve learned about the self and the art of life from them. Everyone I’ve worked with has shown me quality lessons and values to continue my journey. Viggo Mortensen, Michael Fassbender and a lot of the directors I’ve worked with have been huge inspirations to me.

HGS: Of all the characters you’ve played, which have you felt most similar to?

Paranorman
A 2012 critically-acclaimed animated adventure film about a misunderstood boy, voiced by Kodi Smit-McPhee, who battles ghosts and zombies to break a curse.

KSM: I feel like, ironically enough, the character I’m about to play is most similar to myself. He’s been through a struggle and he’s learned so much from that—about himself, faith, the world, the universe and seeing things other people don’t really see. Otherwise, maybe Paranorman I felt close to. There have always been little things in my characters that were close to me, but otherwise they’ve always been pretty foreign. So, I actually can’t wait to have that feeling of something I enjoy expressing within a character.

HGS: You have quite a distinctive look and that must factor into your casting at times. Do you like to play with that?

KSM: Definitely. My look is unique, weird, even foreign. To me, anything that is maybe questionable is always art. With my look, it’s given me a more interesting insight and a different brain, in a way. And, yes, it has given me unique roles like Nightcrawler, Let Me In and The Road.

HGS: Are you interested in fashion and choosing your clothes?

KSM: When I’m expressing so much and being the image of someone else’s creation, I’ve learned to be my own creation and be art myself. So this is the source all the time, but without someone else’s label on it. That’s why I like getting into music and painting and showing who I am by what I wear. How free I am, that is. I choose to not just be normal all of the time. I’m living in a weird industry, in a weird body, in a weird world. I take refuge in art everyday. It helps me show who I am. I love high fashion and street fashion, like skater clothes you can get on Melrose. I love it all.

Special thanks to H. Lorenzo 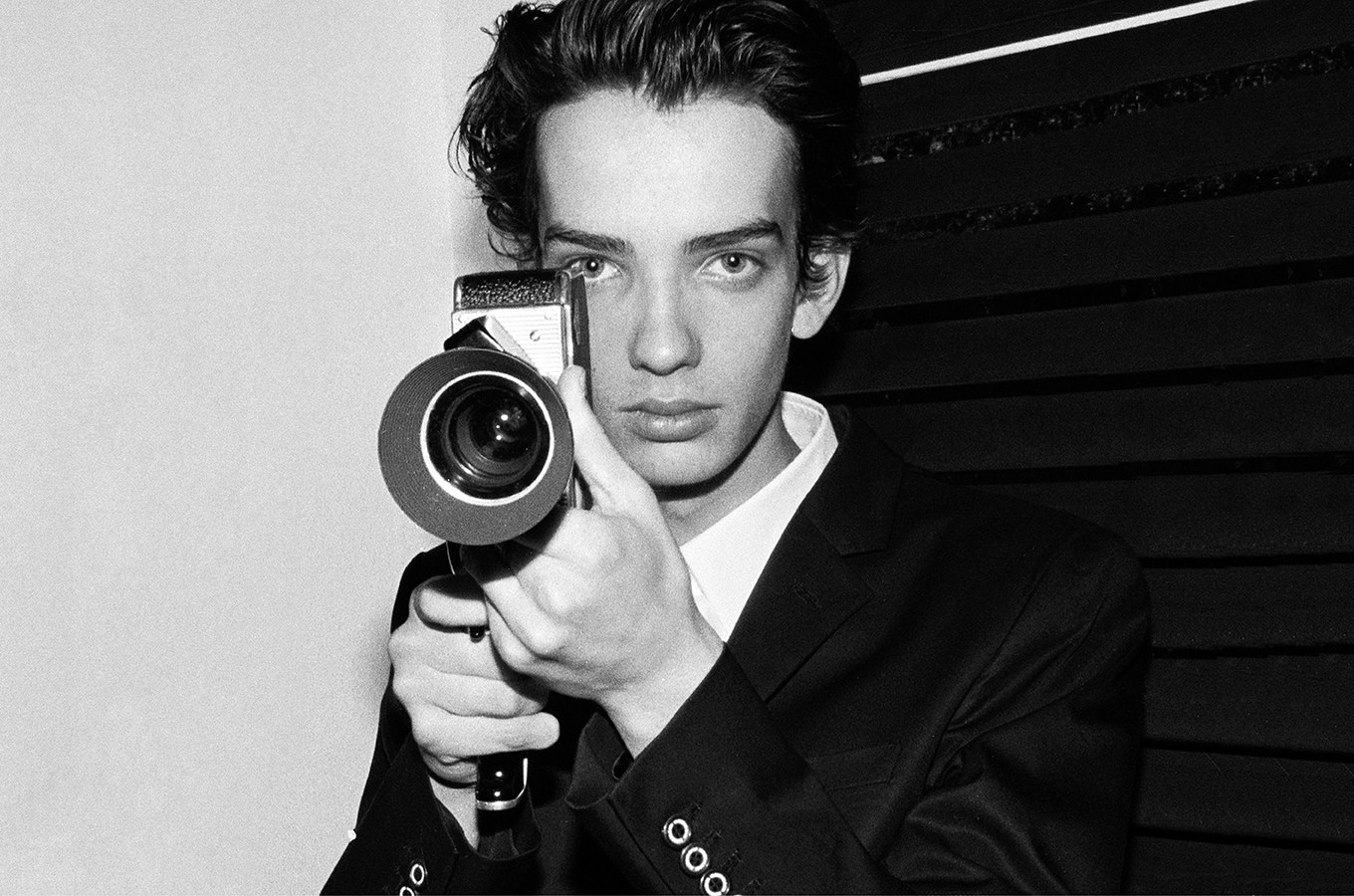 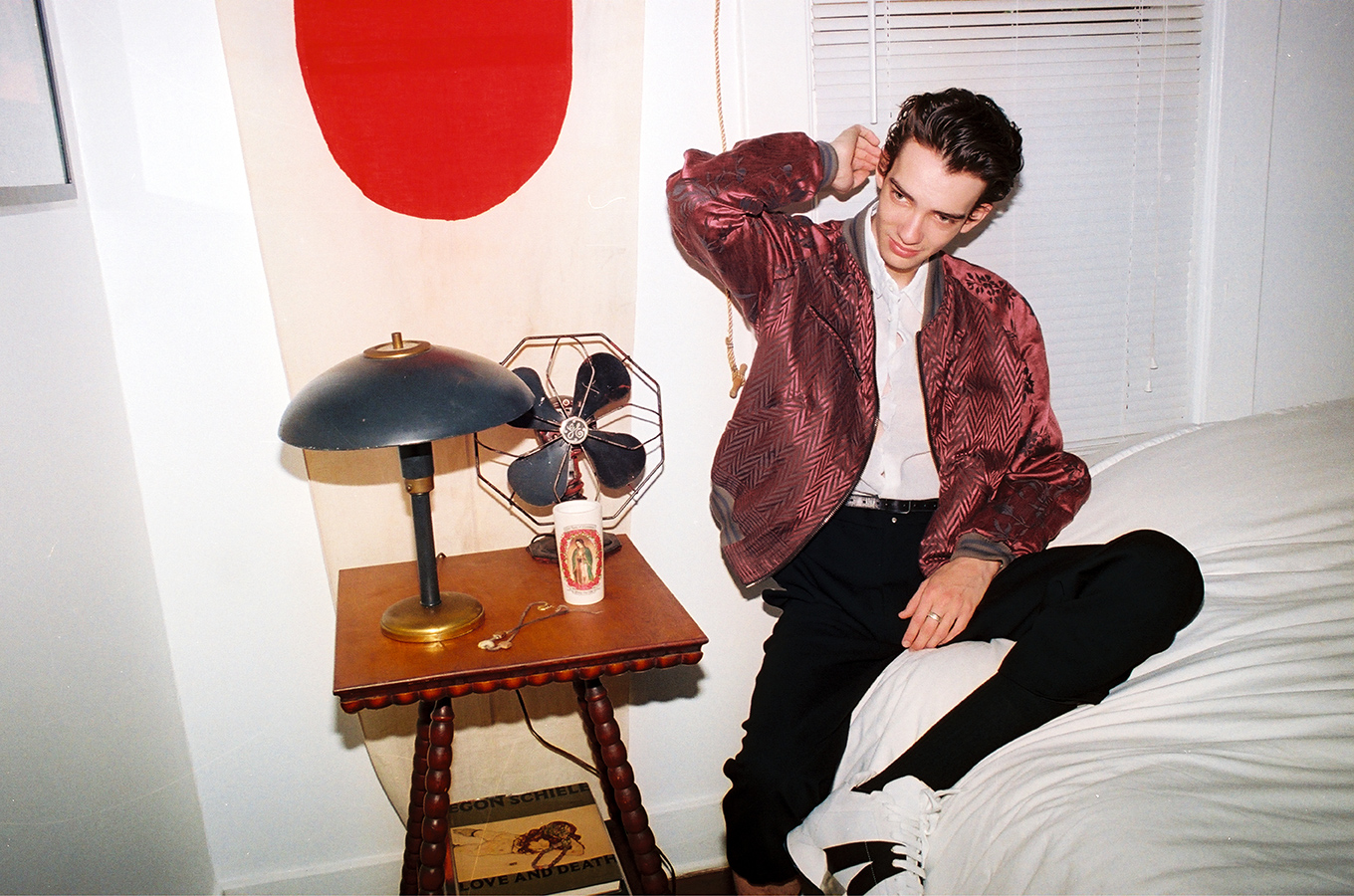 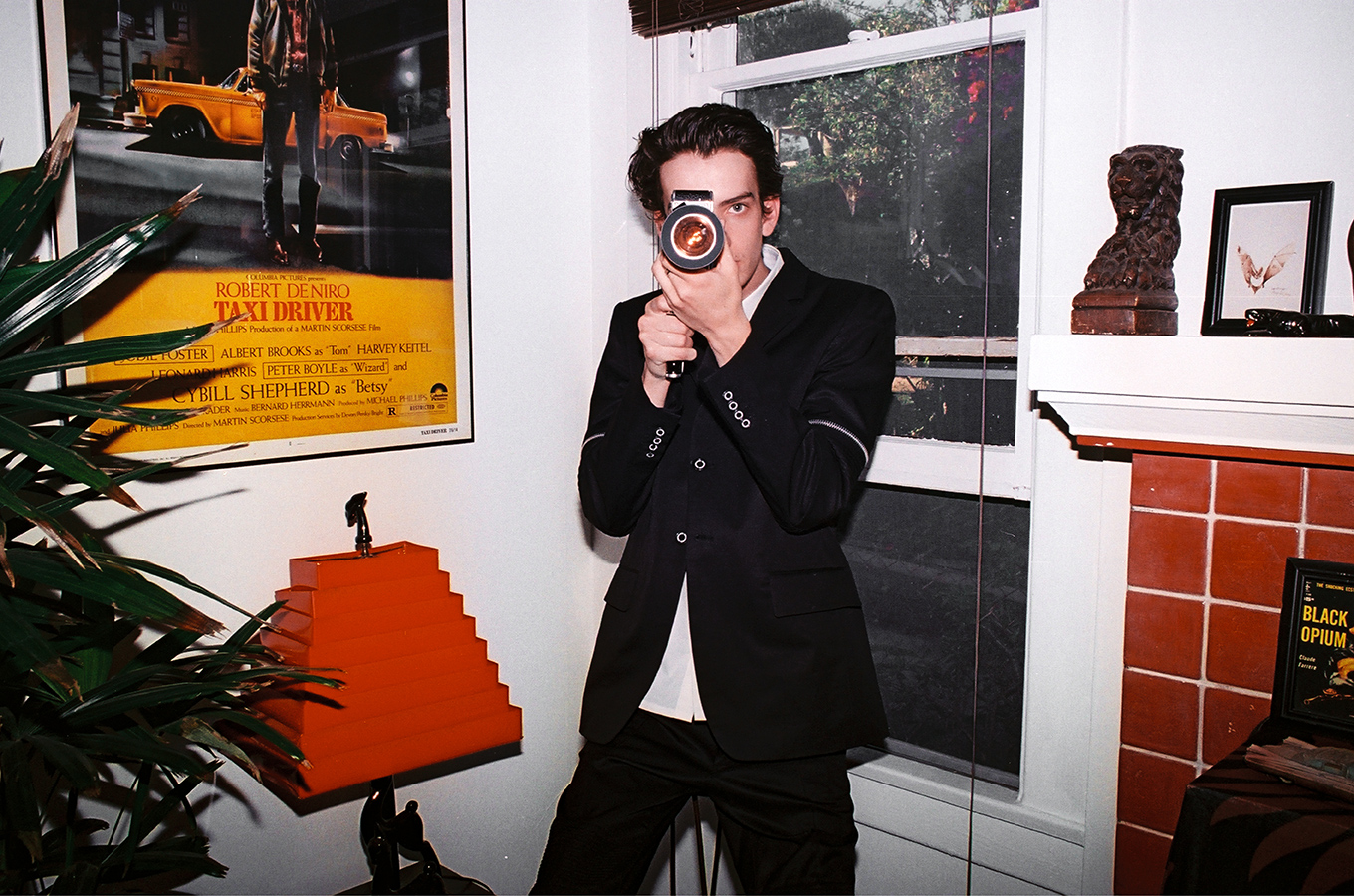 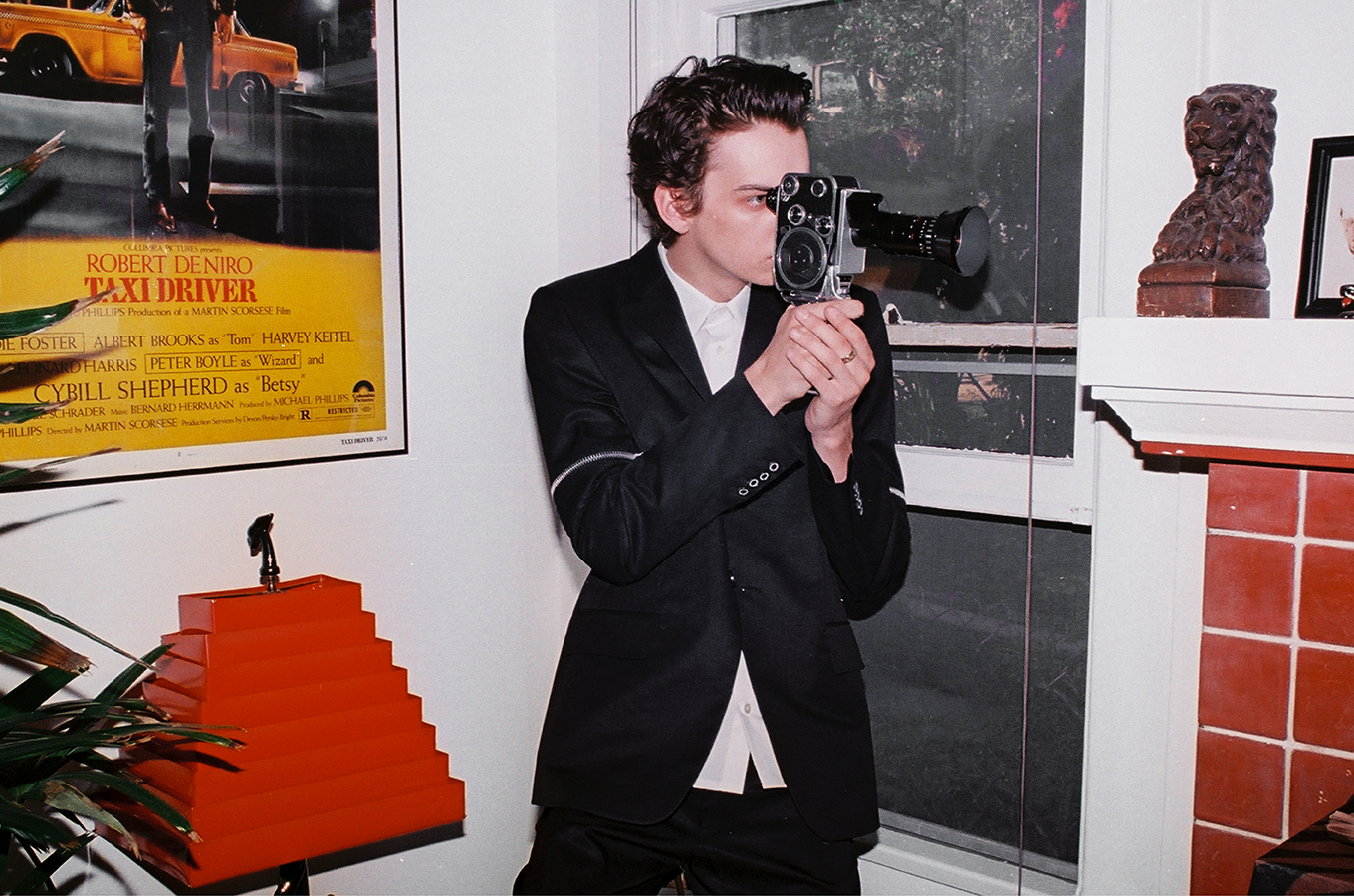 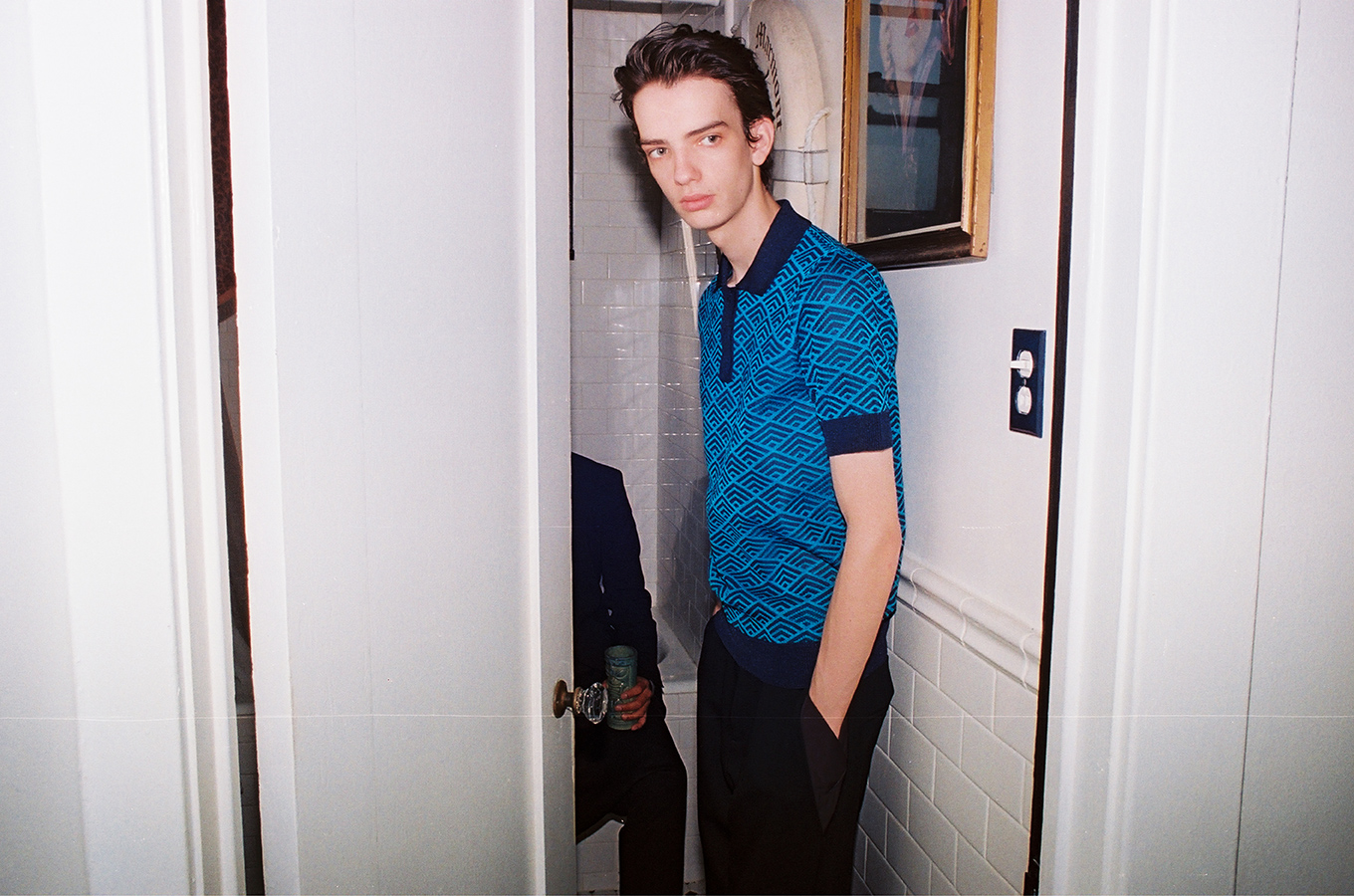 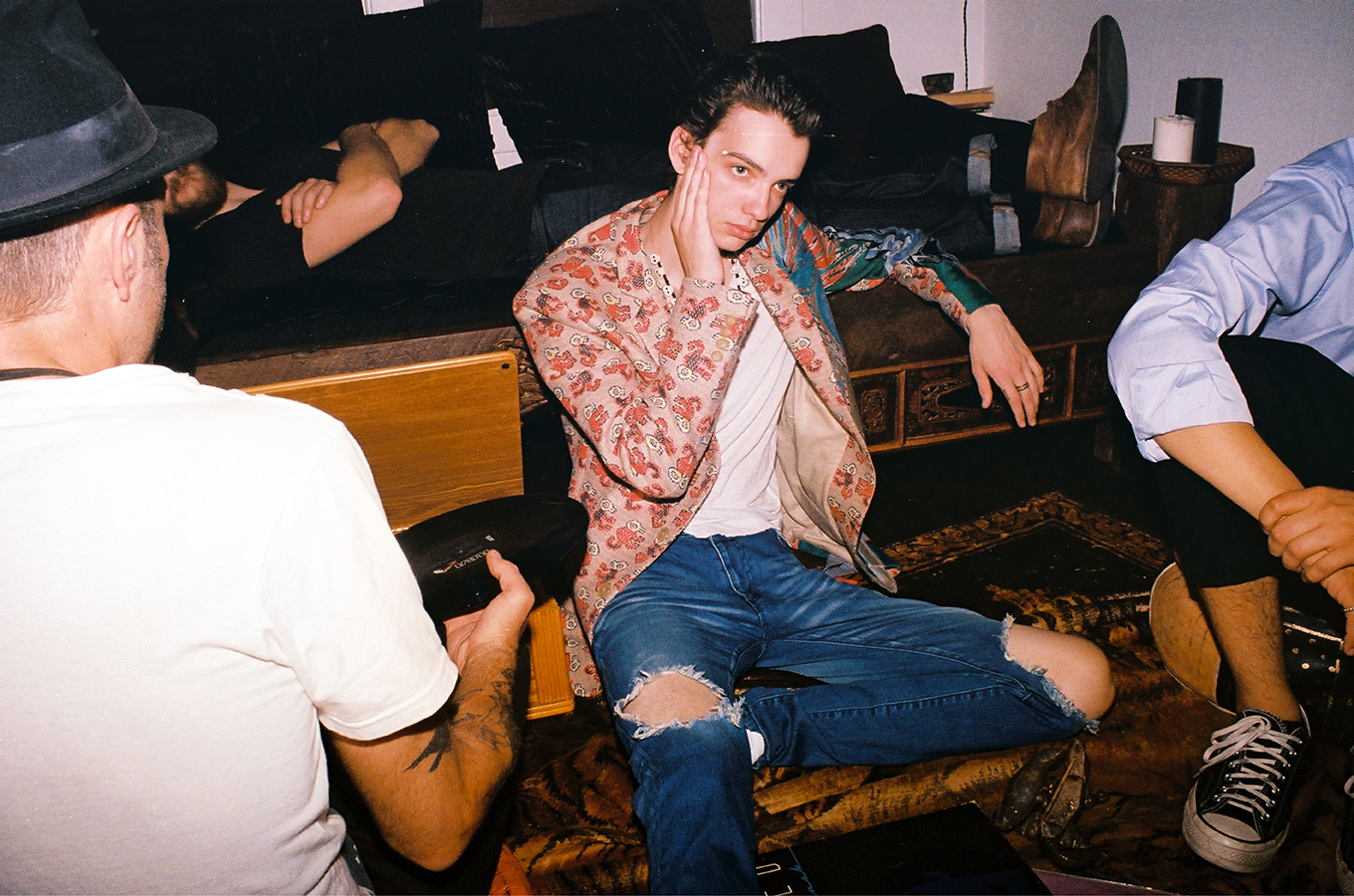 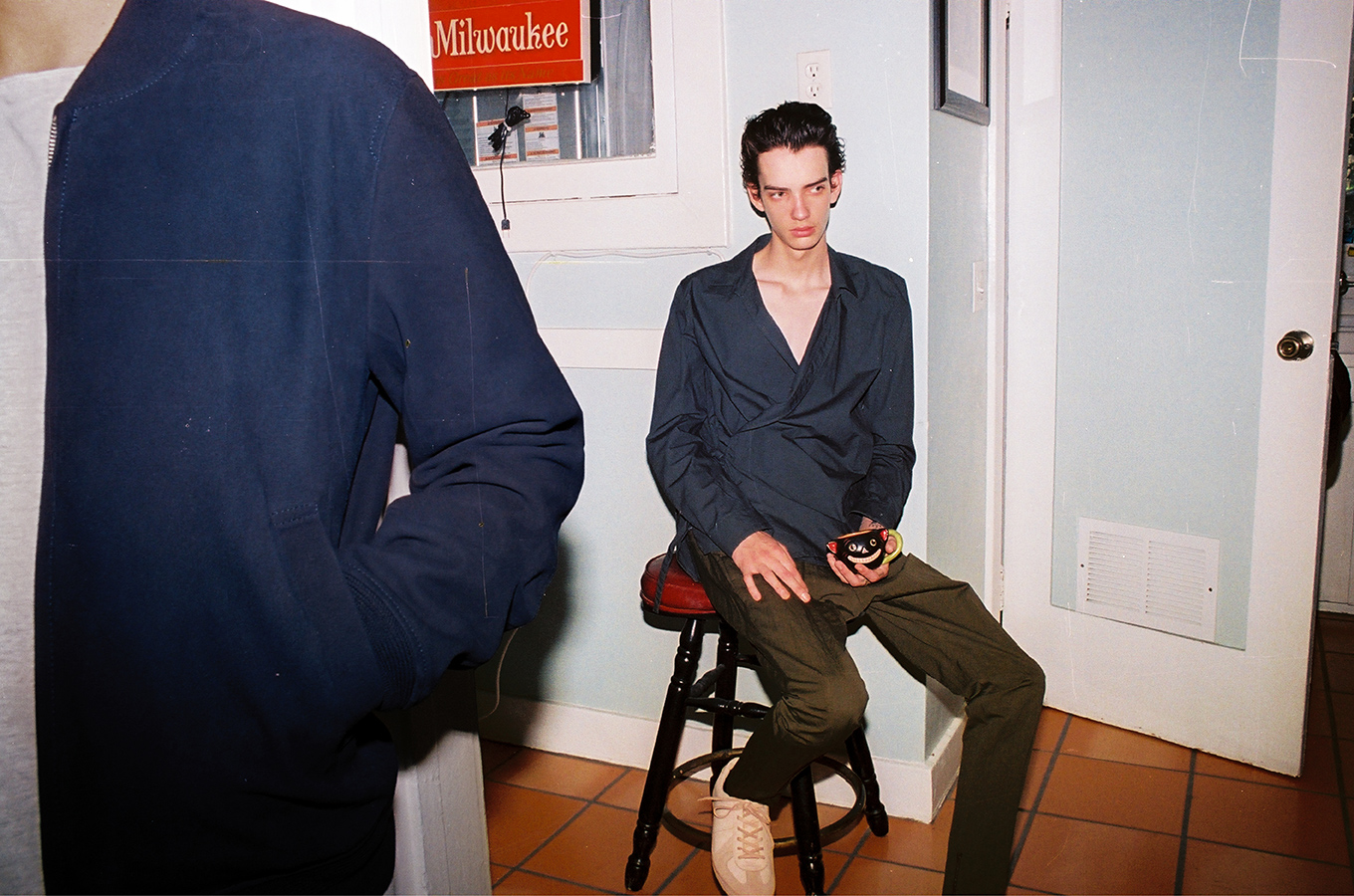 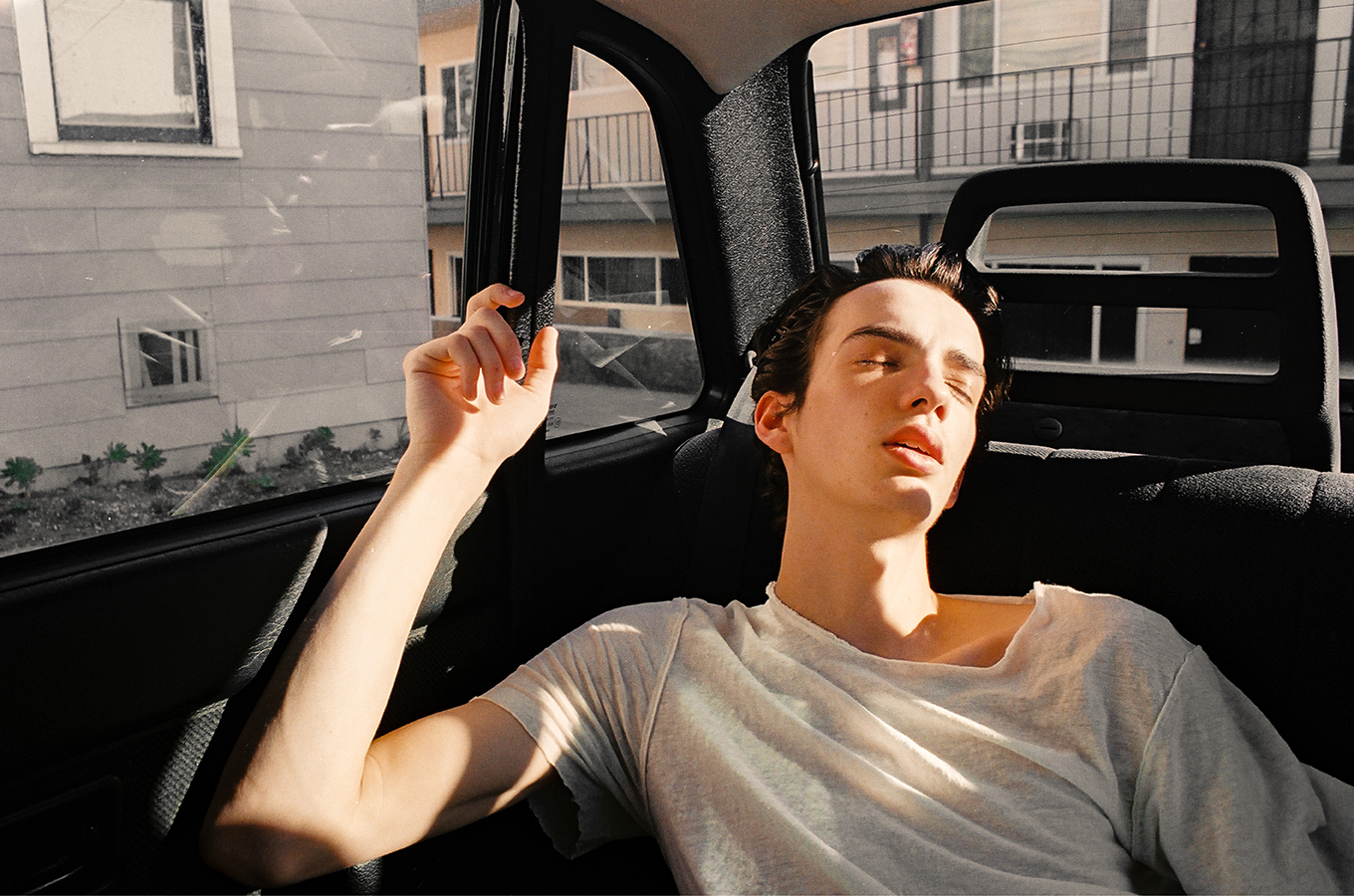