“I love that you took all of these quiet internal struggles

and transformed them into an actual external thriller.

Cultural and social cues are so powerful because they are silent.”

Mackenzie Davis
Mackenzie Davis is a Canadian award-winning actress. She made her film debut in Smashed and later appeared in Breathe In, That Awkward Moment, and The F Word, the latter of which she received a Canadian Screen Award nomination. Davis appeared in The Martian as a NASA engineer and has joined Ryan Gosling and Harrison Ford in Alcon’s Blade Runner sequel. The actress just won her first Tribeca Film Festival award for Best Actress in a U.S. Narrative Feature.

Sophia Takal
Sophia Takal is an independent writer, director, and actress named by Film Magazine as one of the “25 New Faces in Film” in 2011. Takal’s directorial debut, Green, premiered at South by Southwest and won the Emerging Female Filmmaker Award. Sophia produced and starred in Lawrence Michael Levine’s Wild Canaries (SXSW ’14) and Gabi on the Roof. Always Shine is her second directorial film.

The first time I spoke to Mackenzie Davis about starring in my film, Always Shine, I was struck by her openness, intelligence and honesty—qualities she continually brings to her work. We lived in the same house together in Big Sur for a month with the cast and crew, working together to create a fulfilling artistic experience for everyone involved. Mackenzie consistently put forth 110% of her energy, was relentless in the pursuit of her craft, and pushed the creative limits of risk and vulnerability.

Since then, we’ve remained close friends and continue to bond over the notion of femininity and what it means to be a woman today. We spoke about how to live authentically in a world that tries to define us narrowly, her experience working with a tight-knit crew, and how she remains a positive feminine force in a society that can breed so much hate, fear, and indifference.

Sophia Takal: What drew you to Always Shine?

Mackenzie Davis: I liked the idea of bringing my subjective experience I had in the world; always reacting to constant feedback since childhood that I was always too much or never enough; the experience of being a woman and desperately trying to find that groove in which it was acceptable for me to exist. I love that you took all of these quiet internal struggles and transformed them into an actual external thriller. Cultural and social cues are so powerful because they are silent. You can’t immediately relate your experience to another person, but you brought that to light by modeling this silent, strangling, claustrophobic experience and making it into something scary, loud, and present. It was the first time I had seen someone do that.

ST: What do you look for in the roles you decide to take on?

MD: I think when I first started out it was pretty simple in that I wanted to play a character who was sharp and attentive—someone who didn’t exist as a prop for the main character. But the more I work, the more I want to keep pushing myself to be in somewhat uncomfortable situations. There are some characters and types of dialogue that I feel really comfortable and easy doing, and I’m trying to find more roles that encourage me to be more embarrassed and open.

ST: What makes a project creatively or emotionally fulfilling for you?

“There are some characters and types of dialogue
that I feel really comfortable and easy doing,
and I’m trying to find more roles that encourage
me to be more embarrassed and open.”
— Mackenzie Davis

MD: Definitely the collaboration. I find the constant traveling and uprooting any sort of continuity in my life really lonely, so being away on shoots where there isn’t a sense of community and collaboration really bums me out.  It just doesn’t feel worth it to spend so much time alone and far away from the people you love if you’re not building something meaningful and communal with the people around you. If the movie is good when it comes out a year later that’s great, but what I care about is the experience of making it, because that’s my whole life. That’s what was so thrilling about making Always Shine with you. Not just living together, which was a dream, but the actual day-to-day life with the cast and crew. It made me feel like everyone was on an equal plane creating this thing together and you eroded the shitty actor/crew divide that exists on most sets. The whole world you created made every person’s job as valuable as the next, which made everyone really own what we were doing and feel responsible for each other.

ST: Did the process of making Always Shine change you or teach you anything?

MD: Well, it gave me unrealistic expectations about how I always want to work, because you’re the only person who works that way.

ST: What is your favorite memory from our shoot?

MD: Please don’t be offended by this, but it was when everyone in the house did the Top Chef-style quick fire challenge. We could only use $10 and ingredients from the Big Sur general store. I’m so competitive, but only about stuff that has no real weight (card games, running to the top of a hill, quick fire challenges), and I look back on that night as a time I could have actually died from too much adrenaline or from climbing a tree to pick a lime.

ST: What do you hope people will take away from our film?

MD: That the female experience of growing up under the weight of some secretly mandated expectation of “how” to be a woman and the near constant failure to meet those expectations can create really fascinating and relatable characters. Trying and failing to meet social standards of femininity produces as thrilling and horrifying entertainment as any other action or thriller. I think that’s why Elena Ferrante’s Neapolitan novels have connected with so many people in the last few years. We finally had someone telling the story of female friendship with a sense of gravity and importance that people could not dismiss as chick lit. You showed the opposite side of that—the terror of it all—but with the point of view that this story matters and is intrinsically thrilling.

“That the female experience of growing up
under the weight of some secretly mandated
expectation of “how” to be a woman and
the near constant failure to meet those
expectations can create really fascinating
and relatable characters.”
— Mackenzie Davis

ST: Do you feel pressure to be a certain type of woman, the way your character in Always Shine does?

MD: I think what’s interesting about my character, Anna, is that she feels this pressure to be different than she naturally is and that she’s never been told she could feel otherwise. She has never been rewarded for her own qualities as an aggressive, ambitious, impulsive woman; those things have hardened and mutated into real ugliness and liabilities. I experienced that pressure when I was younger. To be meeker, thinner, and dainty in some vague way that I don’t really even understand—but the point was that it was an objective that I was failing to reach. Now, I’ve been rewarded for being myself, both in my professional and personal life, so I no longer experience life as Anna does. But it did feel like I was exploring this personal cautionary tale for my teenage self, like, if you don’t accept who you are, you too will shrivel and harden into a resentful, violent person.

ST: What are things that have surprised you about about being a working actor? And how do you balance the expectations placed on you as an actress vs your own sense of self and how you want to live in the world?

MD: When I was younger, I thought that as soon as you become a working actor you would suddenly have the nicest hair, be totally comfortable posing for pictures and generally enjoy being “put together” and it turns out none of that is true. I have always had and still have the rattiest hair, I hate having my picture taken, and I generally struggle with the public experience of being an actor. I refrain from talking about it too much because complaining about glamorous things is not easy to sympathize with, but I do think that ways in which we experience sexism and oppression in this industry are microcosmic examples of sexism in all industries. As one example, the way I feel getting ready for a premiere is like I’m taking part in a live-action Hotornot.com It’s similar to the way that there is an expectation for women to wear makeup at work or they’ll be deemed unprofessional.  I think I’ve always really struggled with dressing up or trying to present a completed, glamorous self because, it seems like there’s an implicit failure built into that.

“Complaining about glamorous things
is not easy to sympathize with,
but I do think that ways in which
we experience sexism and oppression
in this industry are microcosmic
examples of sexism in all industries.”
— Mackenzie Davis

ST: When are you most happy?

MD: When I’m driving across the country with someone I love. When I’m sitting by the fire in Vancouver and reading with my family. When I’m building something. Building a table fills me with unbelievable joy.

ST: How has working in film impacted your sense of community? Are you able to find like minded people in the ‘biz’ other than me?

MD: Its expanded, but slowly. When I first began working, I felt like my life just kept stopping and starting. Start a job, meet new people, leave those people. Go home, see your friends, leave your friends, start a job—that sort of thing. But now that I’ve been at it for a few years, there’s this arc towards building a community that happens without you realizing it, and you know the ones you like to keep close. Hence my moving five minutes away from you.

ST: Why do you think we became friends after making Always Shine? Do you make friends with all your directors and hang out with them on the weekends?

MD: As you know, I have about seven friends, so I can’t take the last part of this question seriously. I think we became friends because we were talking about our experiences and our lives so openly when we first met. We started to work together and I admired what you did and how you did it so much so that it was enough for me to really pursue you as a friend. I also think you’re really funny and have a surprising library of Borscht Belt comedian impersonations ready to go at any given time. None of my other friends can do even one, so I needed to fill that slot.

ST: I understand it was a lifelong dream of yours to be in a Blade Runner sequel. Now that dream has come true. Are there new opportunities and challenges you’re looking forward to tackling?

MD: Yes, but I always feel like it’s some sort of test when people ask me this and they’ll judge me for my answers. For not being ambitious enough or something. I’ll let you know when I know. Thanks for interviewing me. I love you. 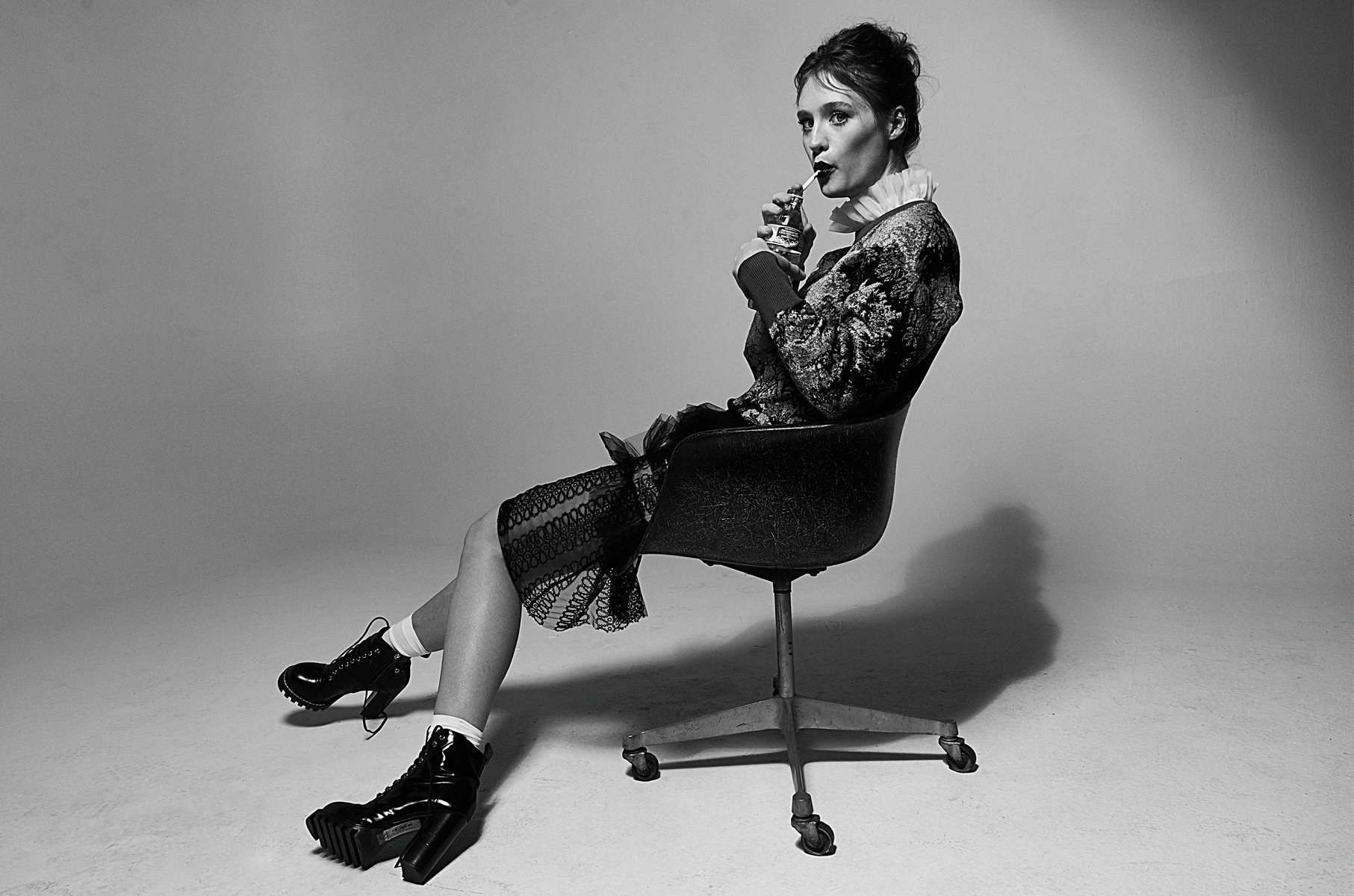 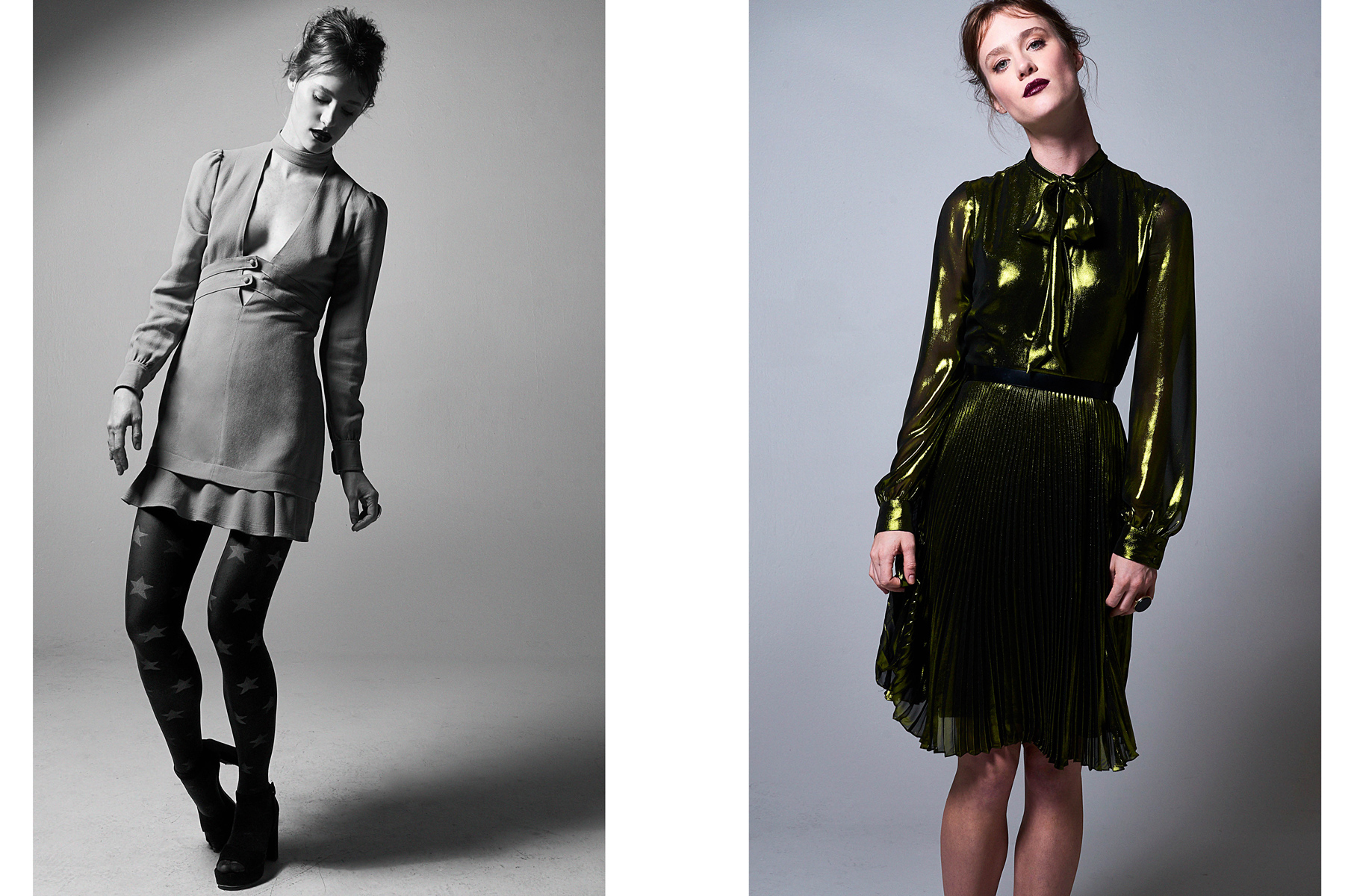 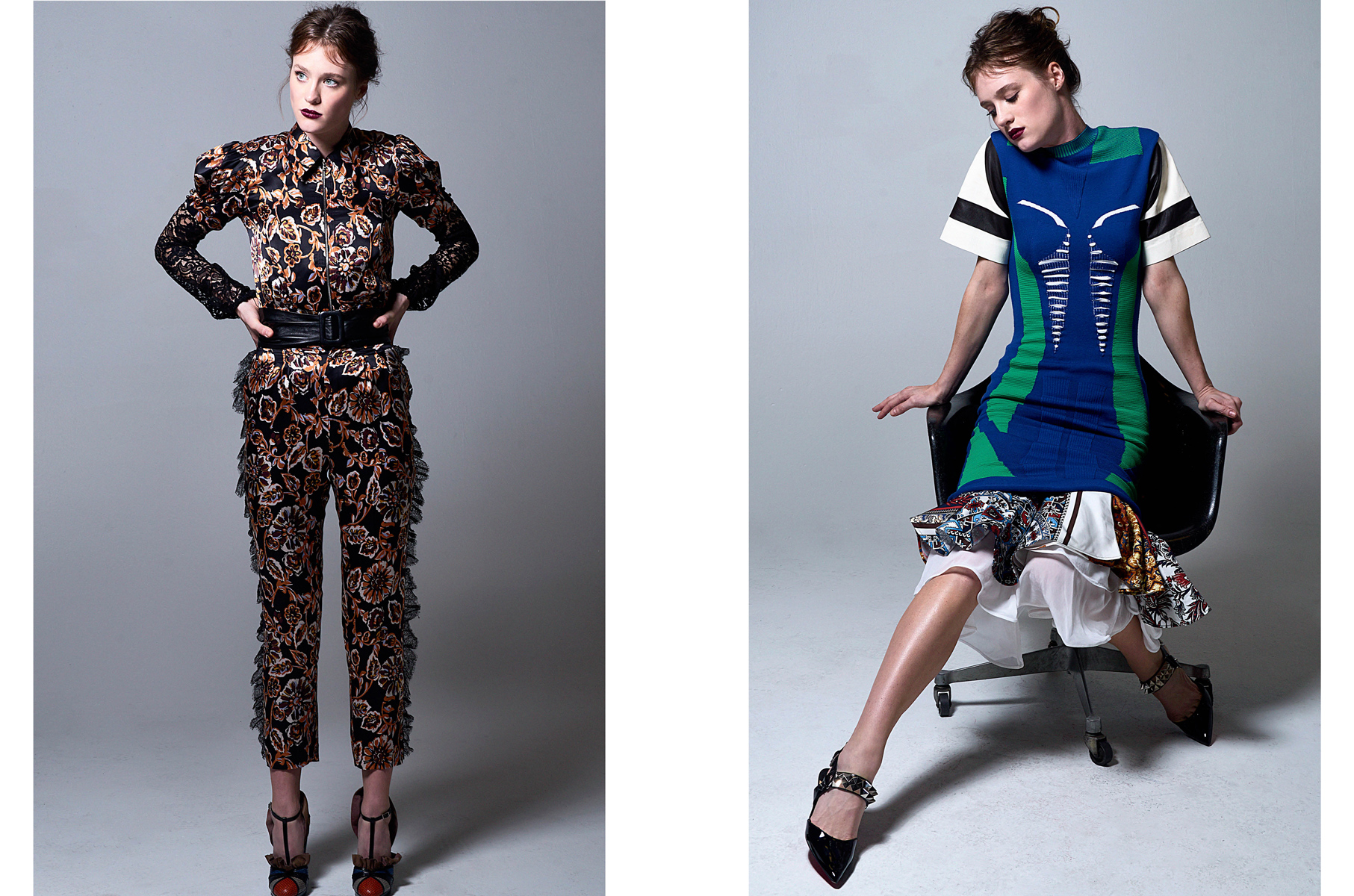 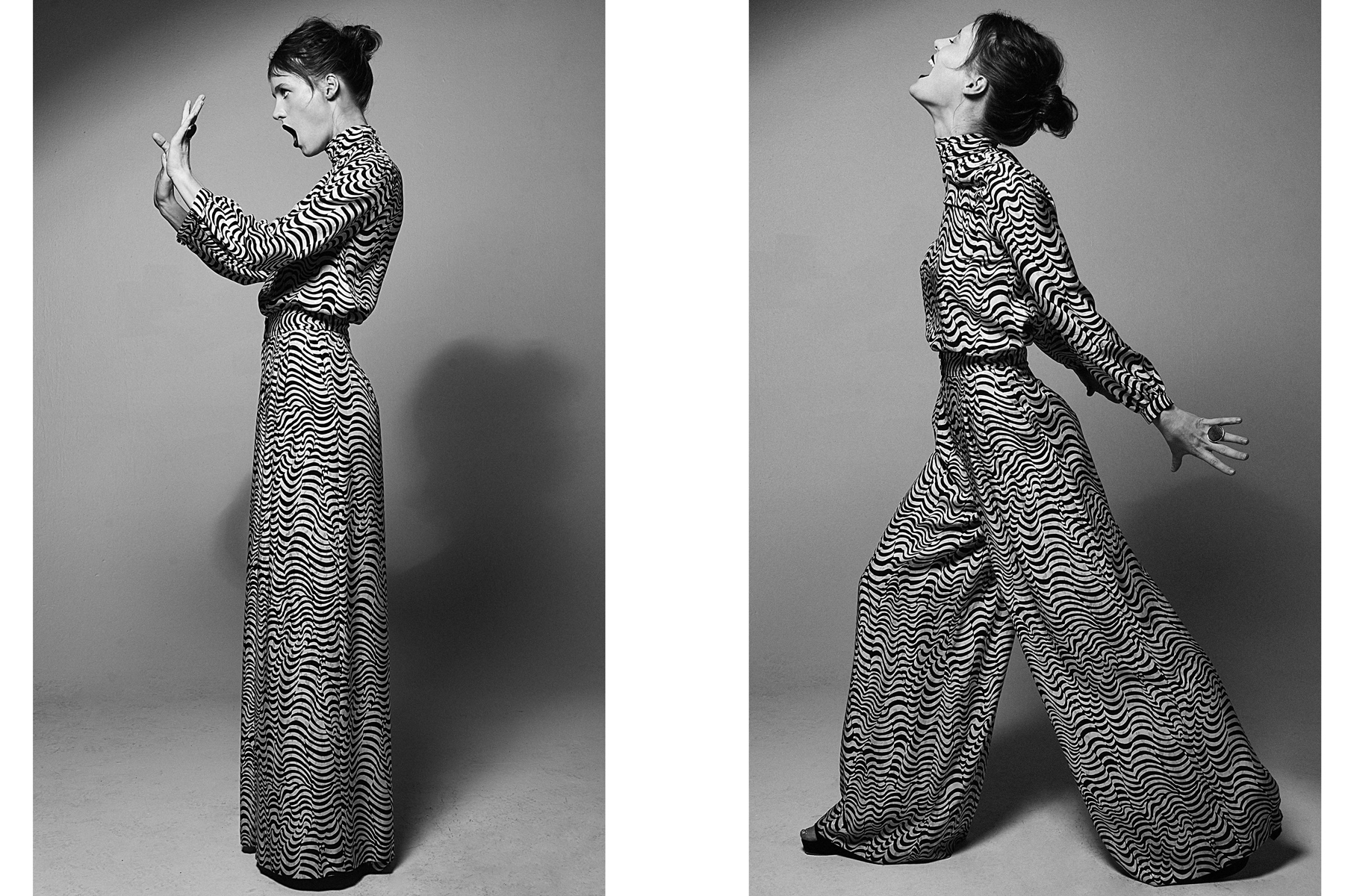 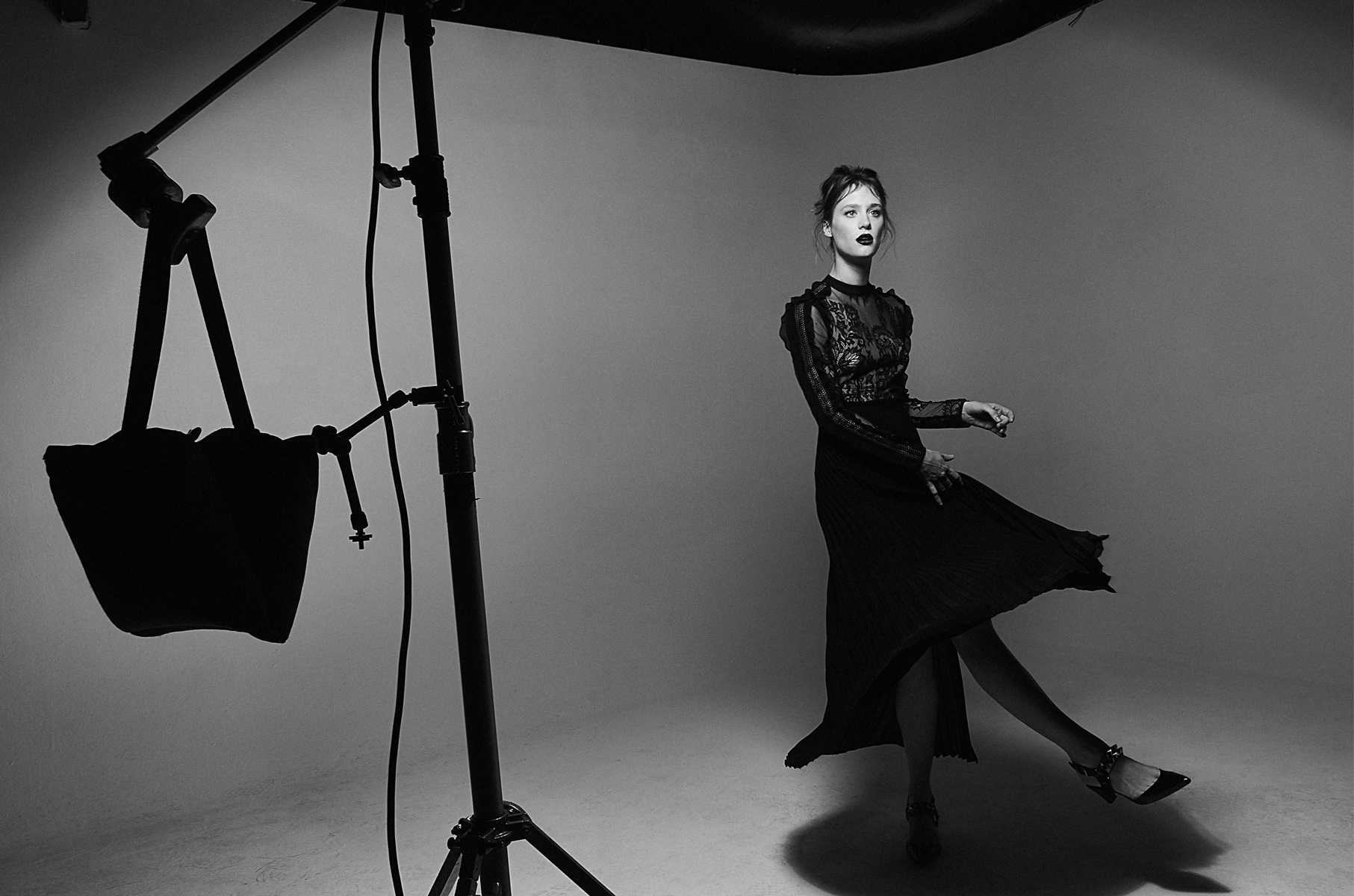 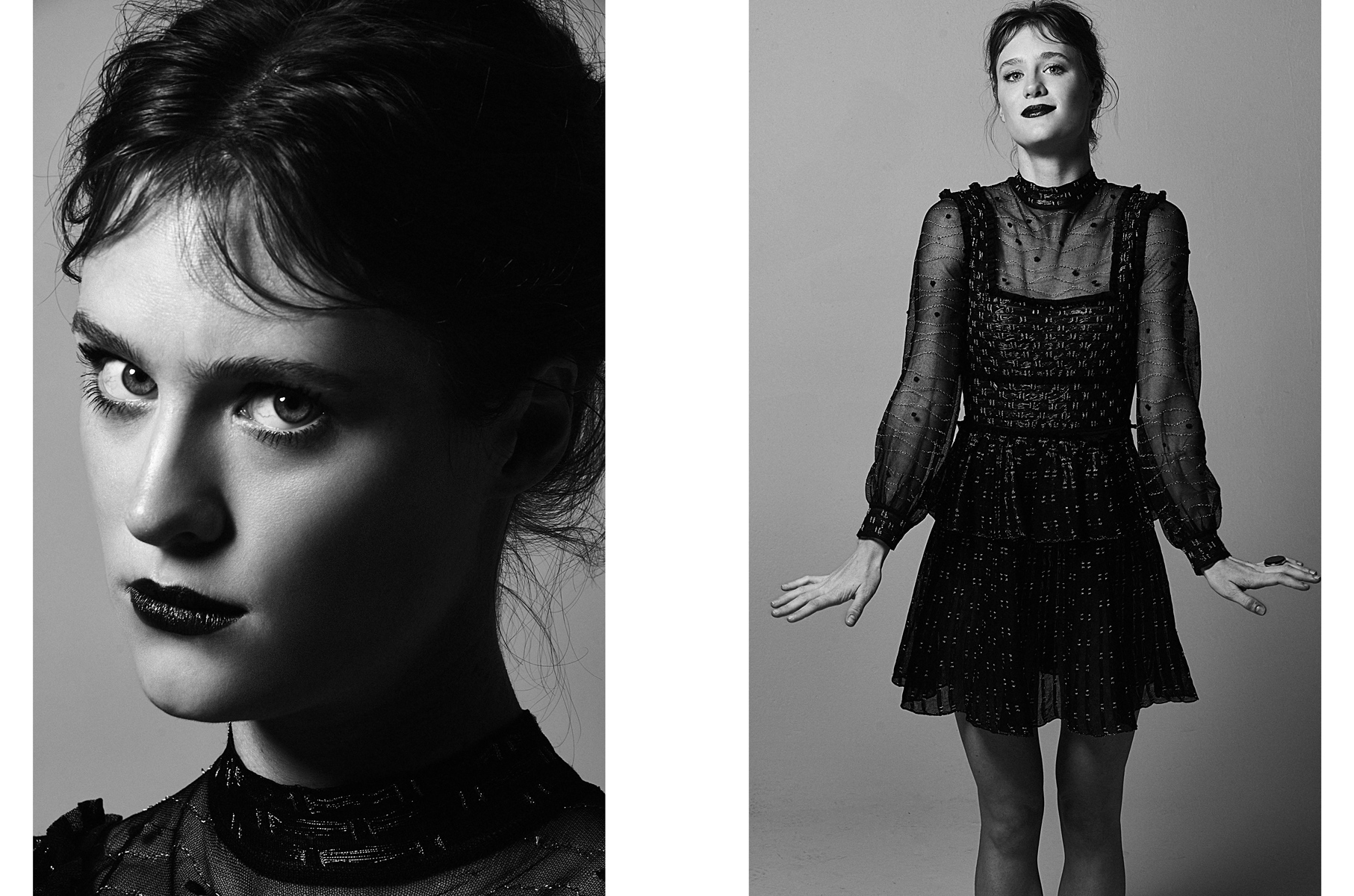 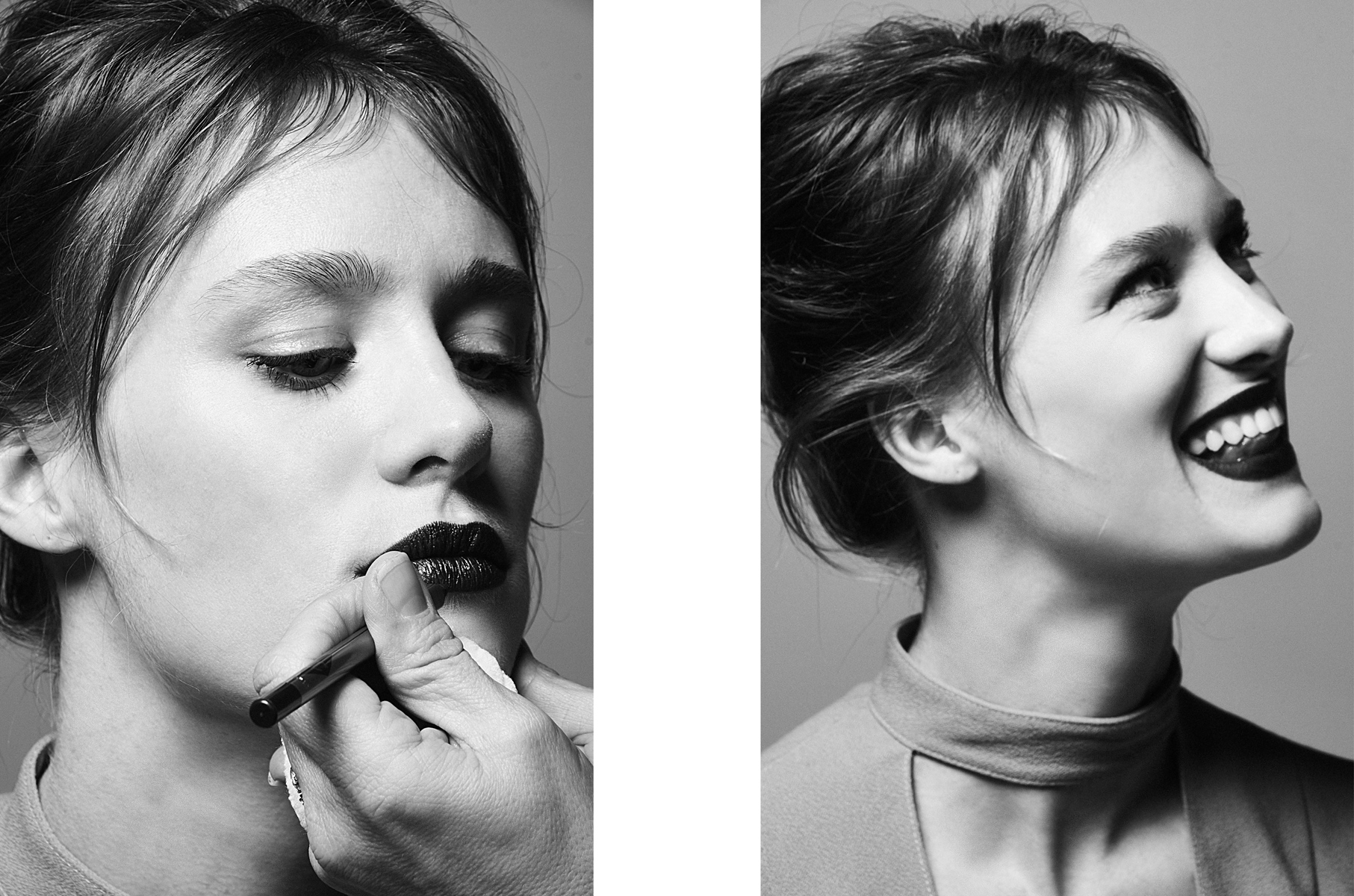 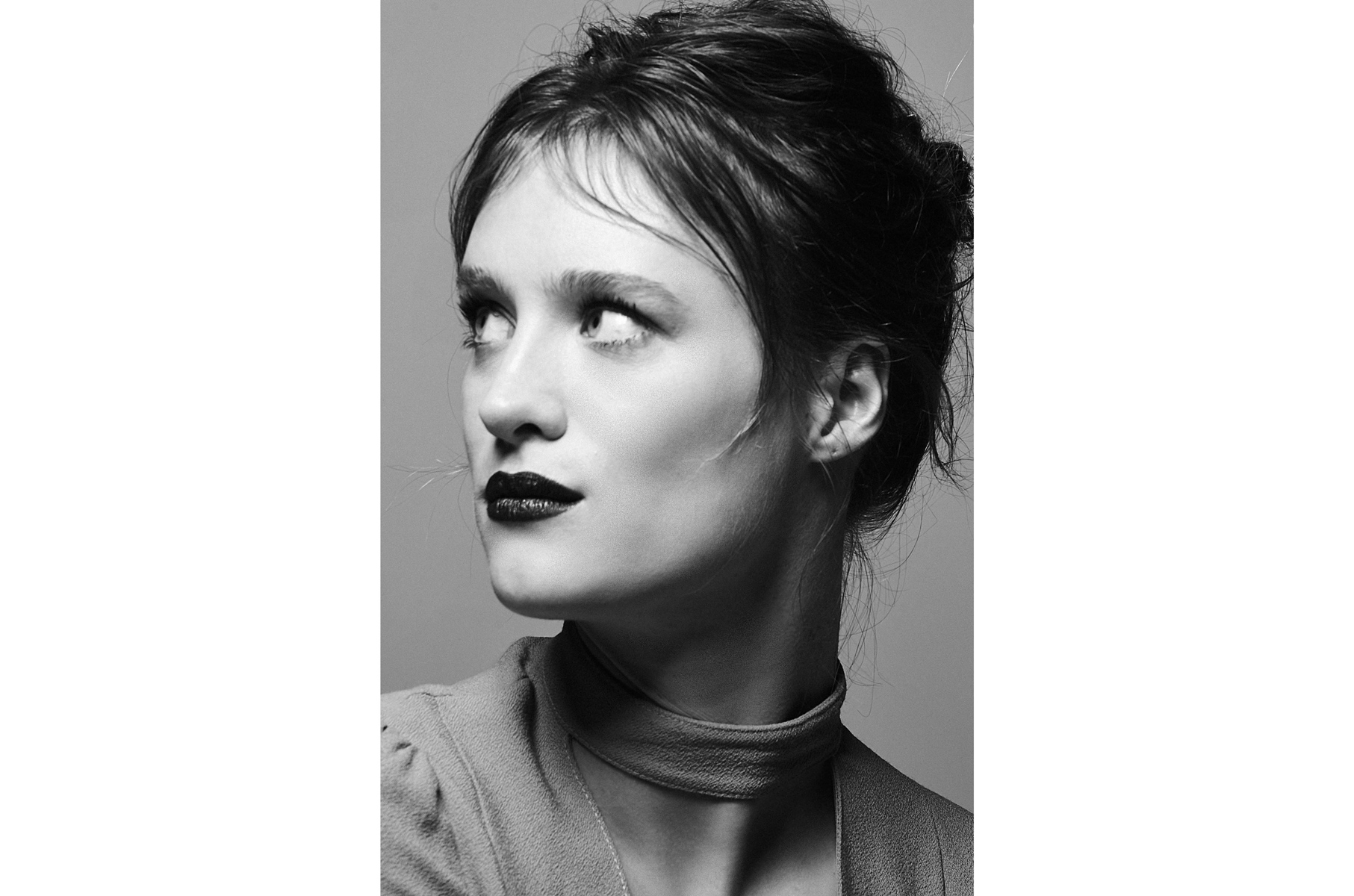