“For me, a script is just a tool;
it never makes me want to accept a project.
The director does.”
— Roxane Mesquida

@roxane_mesquida
Roxane Mesquida is a French actress who plays Severine in director Gregg Araki’s comedy series Now Apocalypse (2019). She starred in Araki’s sci-fi film Kaboom (2010), which premiered at the 2010 Cannes Film Festival and received the first ever Queer Palm award for its contribution to LGBT issues. Mesquida has also acted in several films by renowned French filmmaker Catherine Breillat.

GREGG ARAKI
Gregg Araki is an American filmmaker from Los Angeles, California known for his contributions to the New Queer Cinema movement in the 1990s. His most notable films are Mysterious Skin (2004), Kaboom (2010) and White Bird in a Blizzard (2014). His film Kaboom was the first winner of the Cannes Film Festival Queer Palm award in 2010. Most recently, Araki created the Starz comedy series Now Apocalypse (2019).

I met with French actress Roxane Mesquida, star of Gregg Araki’s new series Now Apocalypse, at her home in Los Angeles. We started on her rooftop to take a few classic Hollywood film star pictures against a sunny backdrop of palm trees. We then took some more shots in her living room with her amazing 17-year-old cat and baby daughter. Mesquida discusses working with her favorite directors, playing outspoken characters, and brief obsession with expressionist art.

Where are you from?
I’m from a very small town in the south of France called Le Pradet.

CATHERINE BREILLAT
Catherine Breillat is a Paris-based filmmaker and writer. She is well-known not only for her distinctively personal and controversial films on sexuality, gender trouble, and sibling rivalry but also for her best-selling novels. In her films, Breillat treats sexuality not as an object but as a subject, confronting the viewer with a female’s understanding of her own sexuality. She is best known for 36 Fillette (1988), Romance (1999), Fat Girl (À ma soeur!)(2001), Anatomy of Hell (Anatomie de l’enfer) (2004), The Last Mistress (Une vieille maîtresse)(2007), and The Sleeping Beauty (La belle endormie) (2010). She won Cannes’ French Cineaste of the Year in 2001 for Fat Girl and was nominated for the Palme D’or for Une Vieille Maîtresse in 2007 and won Venice’s CICAE Award in 2010 for The Sleeping Beauty.

How did you get started as an actor?
I was walking in the street and a director, Manuel Pradal, saw me and asked me to be in his movie. I was only 13. After that film was released, I started modeling and continued to act in movies. But my career really took off when I met Catherine Breillat at 17 and starred in her movie Fat Girl. I went on to do two more films with her: Sex is Comedy and The Last Mistress.

What do you like most about your line of work?
The experience of working with directors I admire. Being part of a creative project.

What do you enjoy most about having a career in both the francophone and the anglophone markets, and how do you feel they work fit together?
I feel lucky. I’ve always loved the English language. It’s strange—for some reason I feel more comfortable playing cold and intense characters in English. Maybe because it’s not my first language, so it’s easier for me to change my personality to fit the character. In real life I’m actually pretty laid-back and silly.

What about your character on Now Apocalypse do you identify the most with?
Gregg told me he was thinking about me when he wrote my character Severine in Now Apocalypse. I don’t know if that’s a compliment haha … She’s very cold, almost emotionless. But the aspect of my character I feel the closest to is the fact that she’s very straight forward and speaks her mind without really caring about what people think of her. I remember offending people when I moved to America without realizing it. I think I got better, I mean I hope.

What projects are you most drawn to?
I’m a big cinephile. I watch so many movies! I know exactly who I want to work with. The way I pick my projects is based on who is behind it. For me, a script is just a tool; it never makes me want to accept a project. The director does. I was a huge fan of Gregg Araki and really wanted to work with him. When he asked me to work with him on his movie Kaboom, I said yes without reading the script. The same thing happened when he offered me a role on Now Apocalypse. I was so happy to work with him again.

Who inspired you most growing up?
My mom. She raised my brother and I on her own, with very little money. We never really went on vacation but I have no memory of frustration. I honestly had the best and most joyful childhood because of her.

“I was walking in the street and a director, Manuel Pradal, saw me and asked me to be in his movie. I was only 13.”
— Roxane Mesquida

Do you recall your first favorite t-shirt?
I remember when I was 10, the LC Waikiki t-shirt was the one everyone had to have. And for my birthday I got the sweatshirt. I was so proud.

What do you like to do when you are not working?
I have a baby, so I spend all my time with her when I don’t work. I love being a mom. She’s starting to repeat everything she hears. It’s so much fun. So I’m putting all my energy right now to make sure she becomes fluent in French.

What are some of your interests beyond acting?
Art! I love going to museums, especially when I visit Paris or New York. I’ve always had a big passion for painting. Had a little obsession with expressionism. And also the culinary arts—I love cooking and make all the meals at home.

What’s next?
A French movie that I’m really excited about called Meduse by first-time director Sophie Levy. Since I hadn’t acted in French in a couple of years, I was thrilled to go back to my roots. And, obviously, I’m also super excited to go back to playing Severine for Season 2 of Now Apocalypse in June. 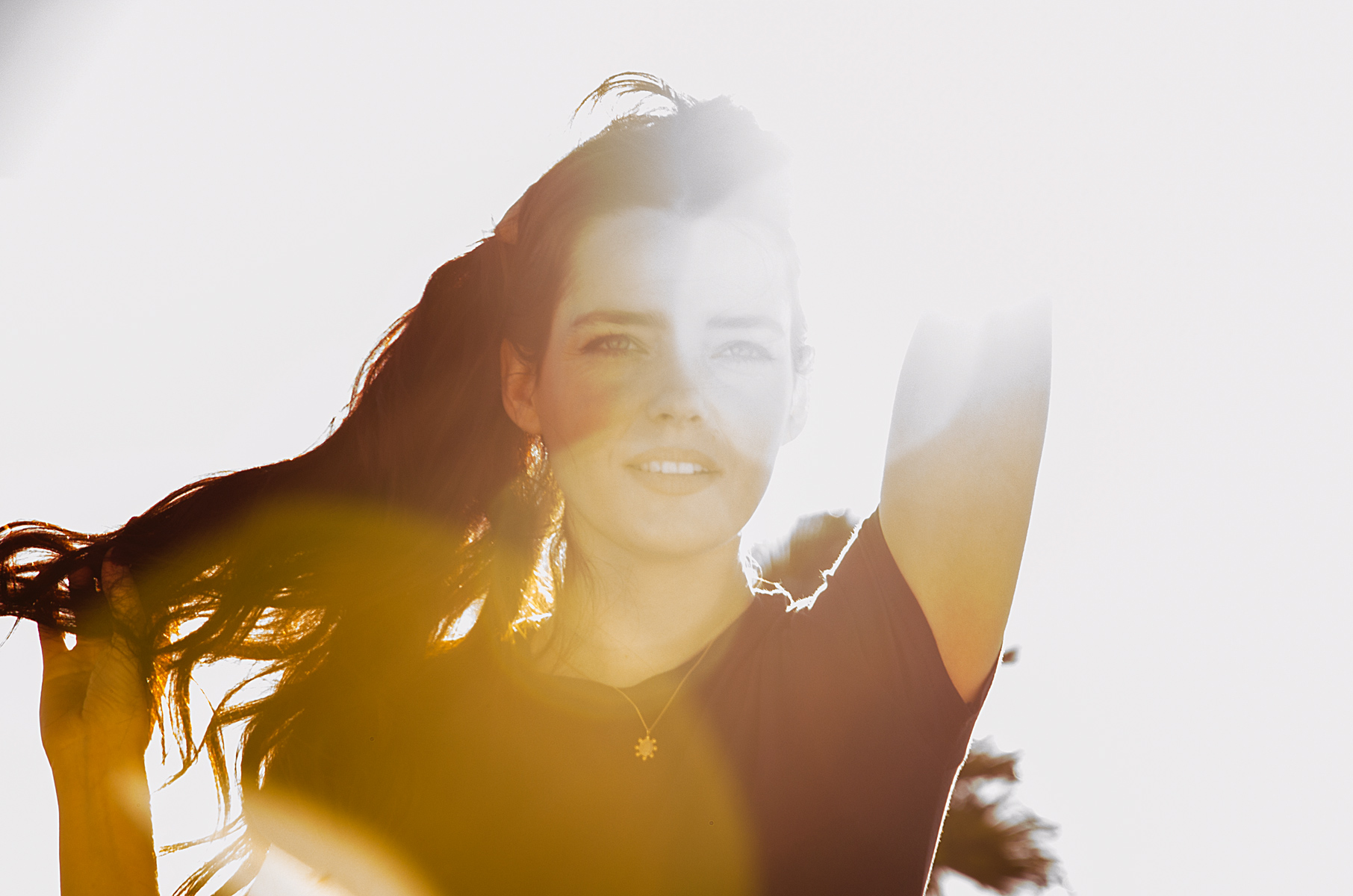 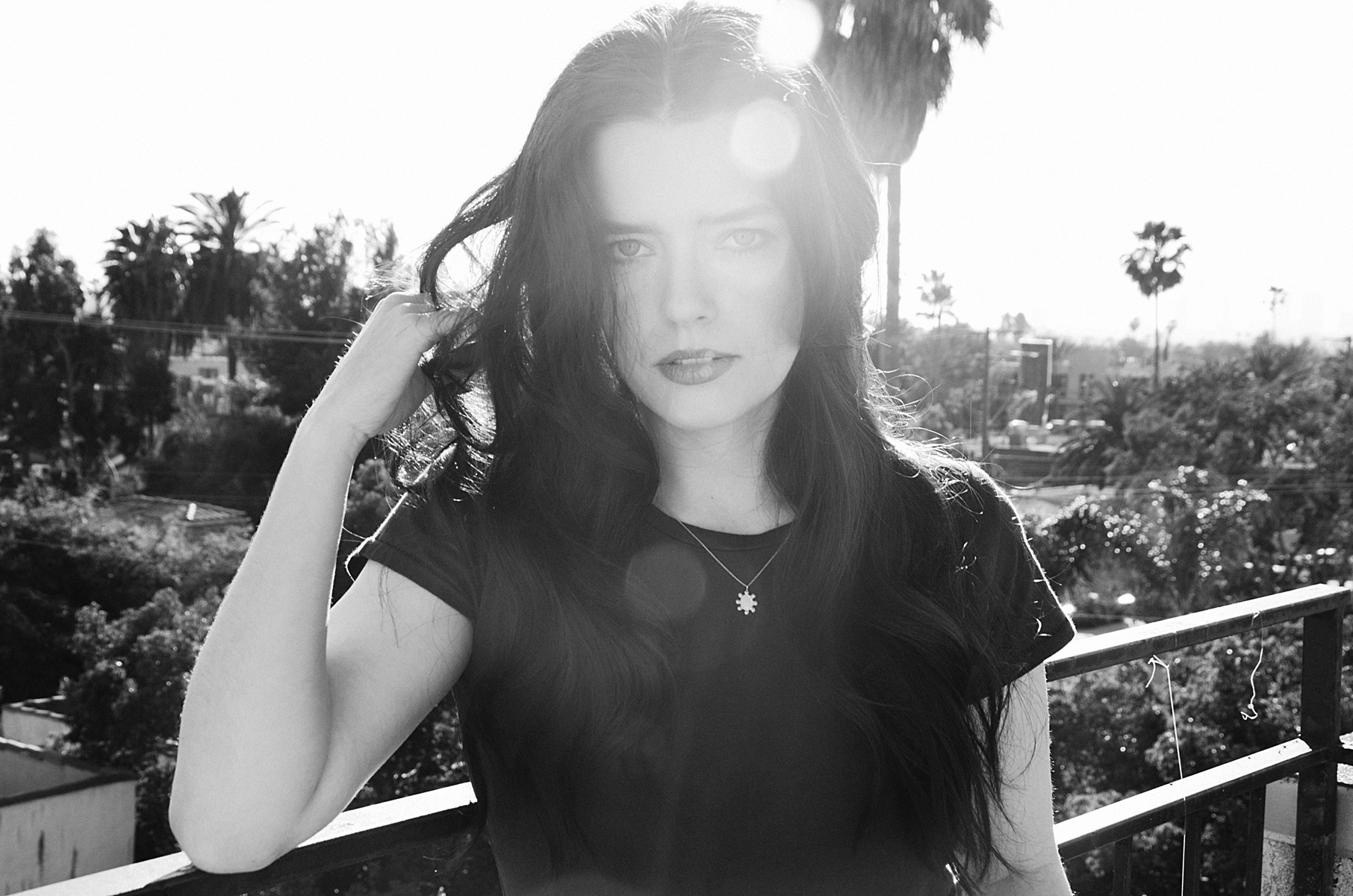 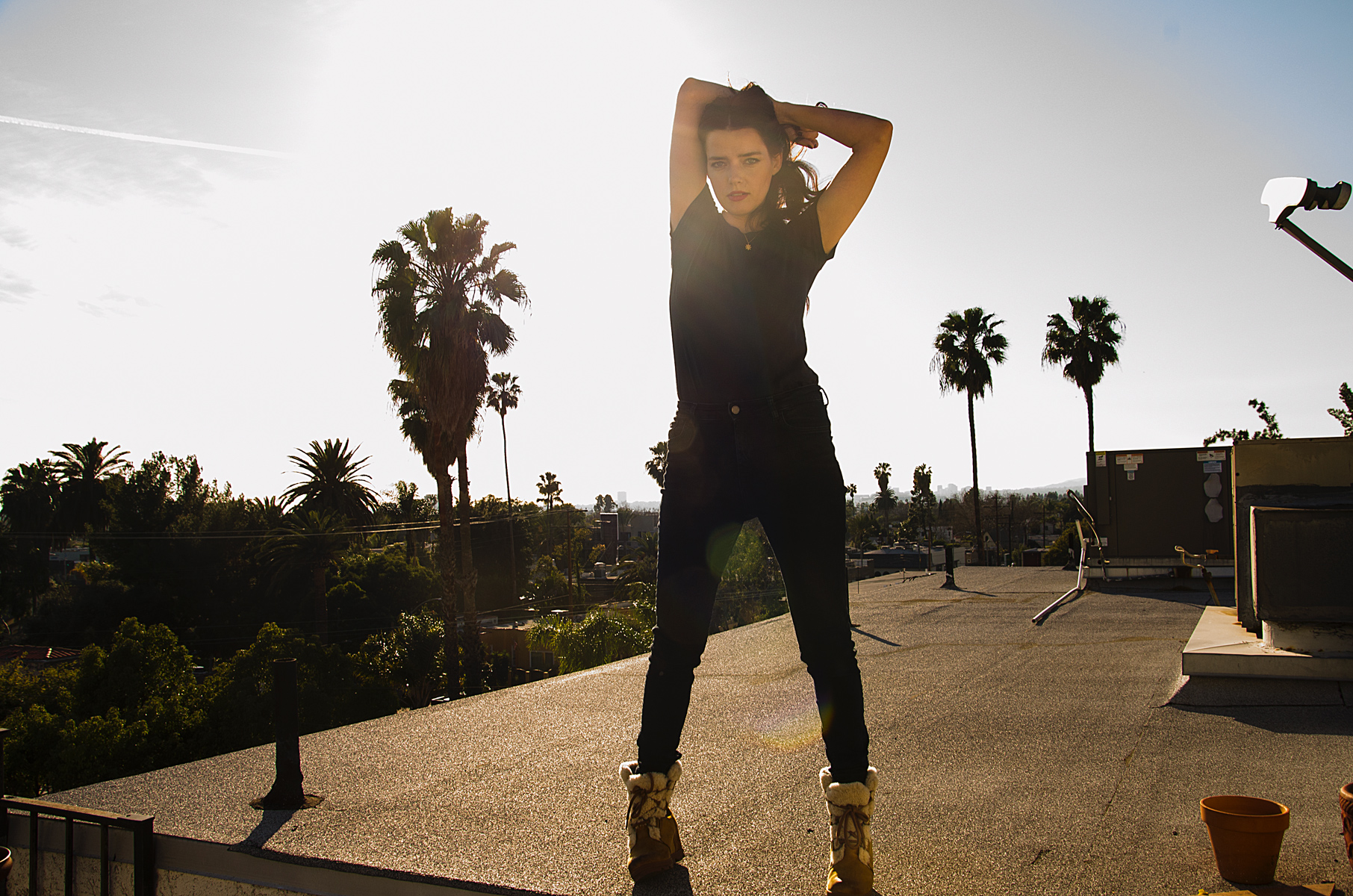 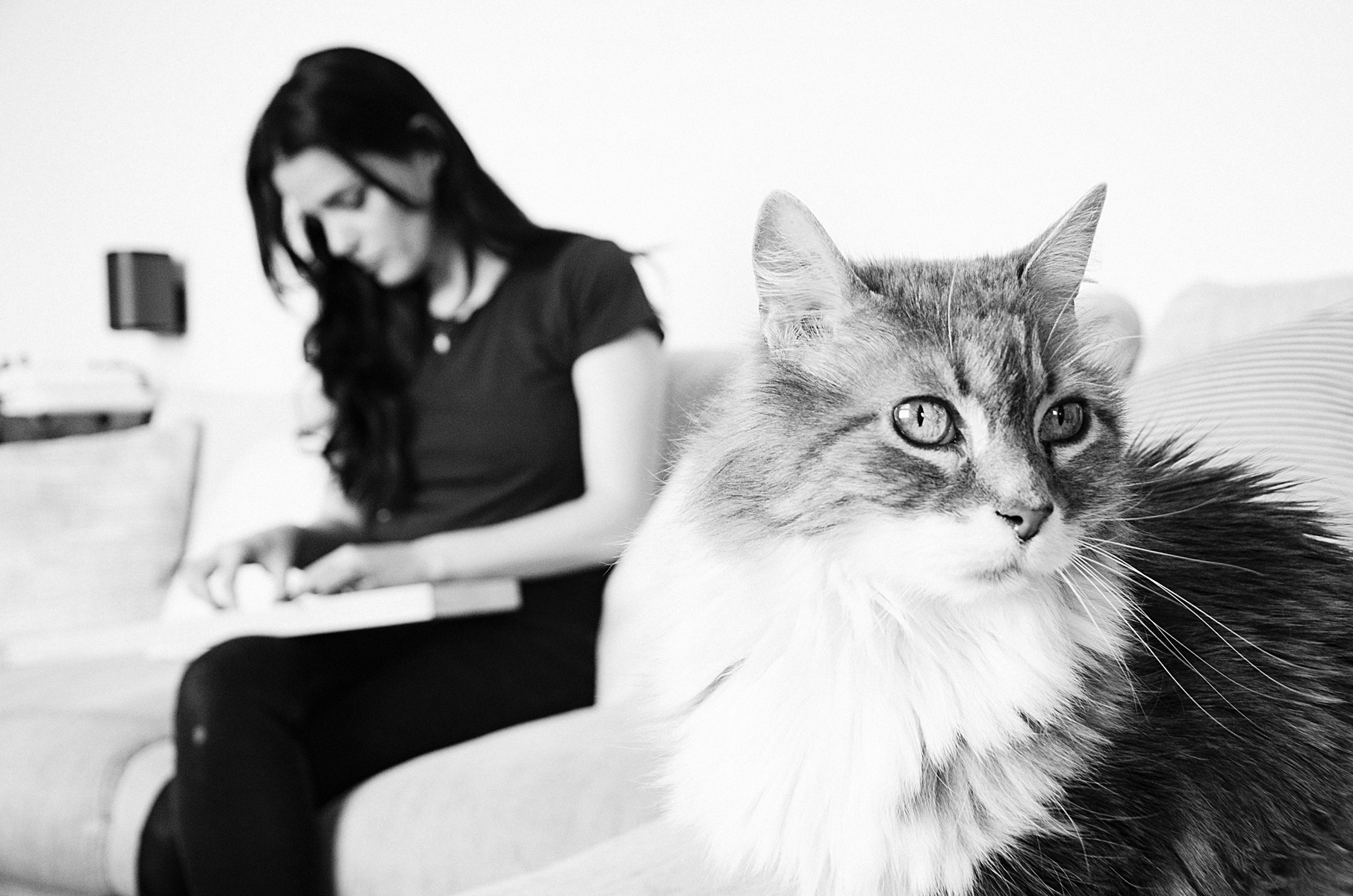 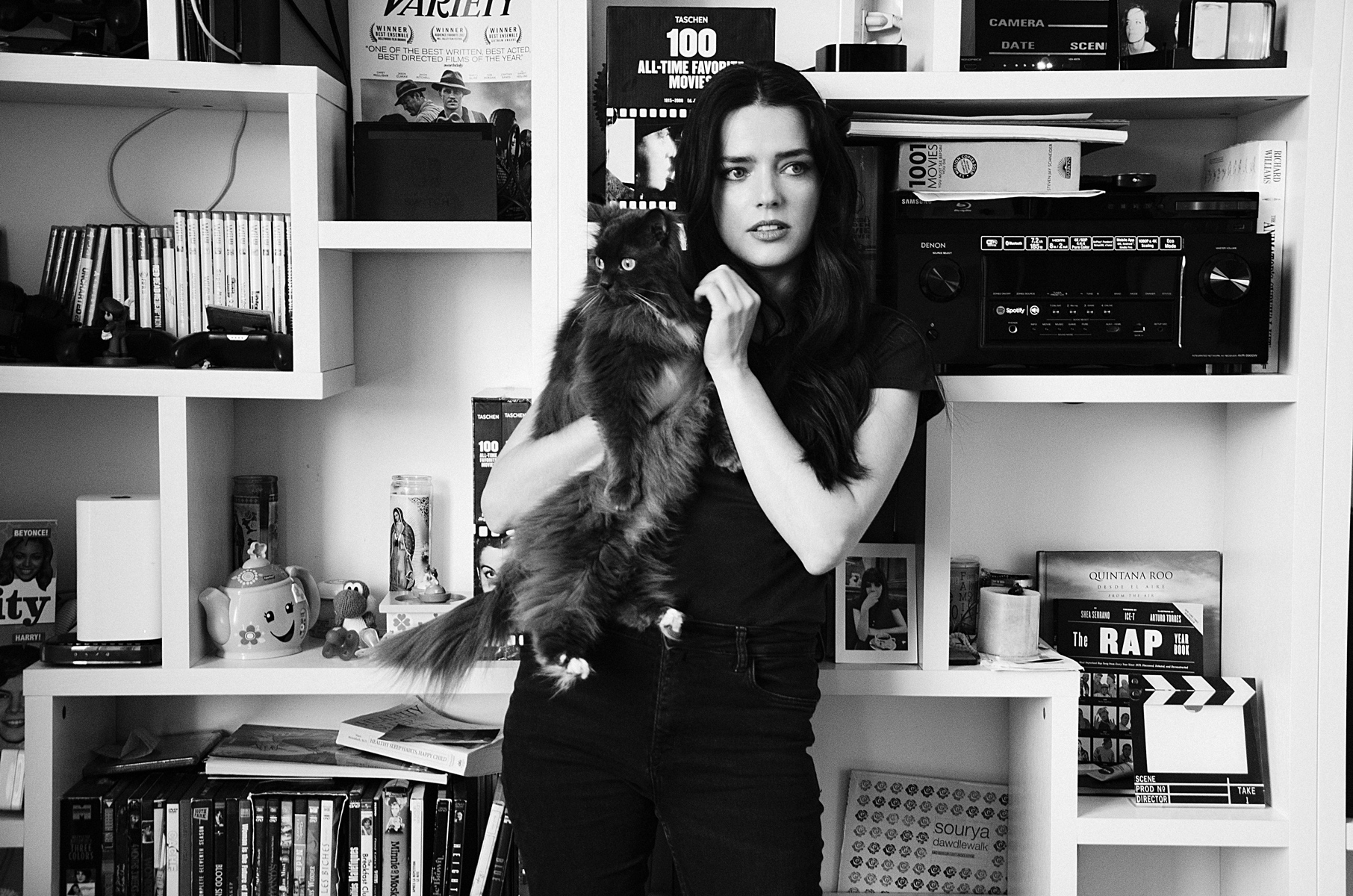 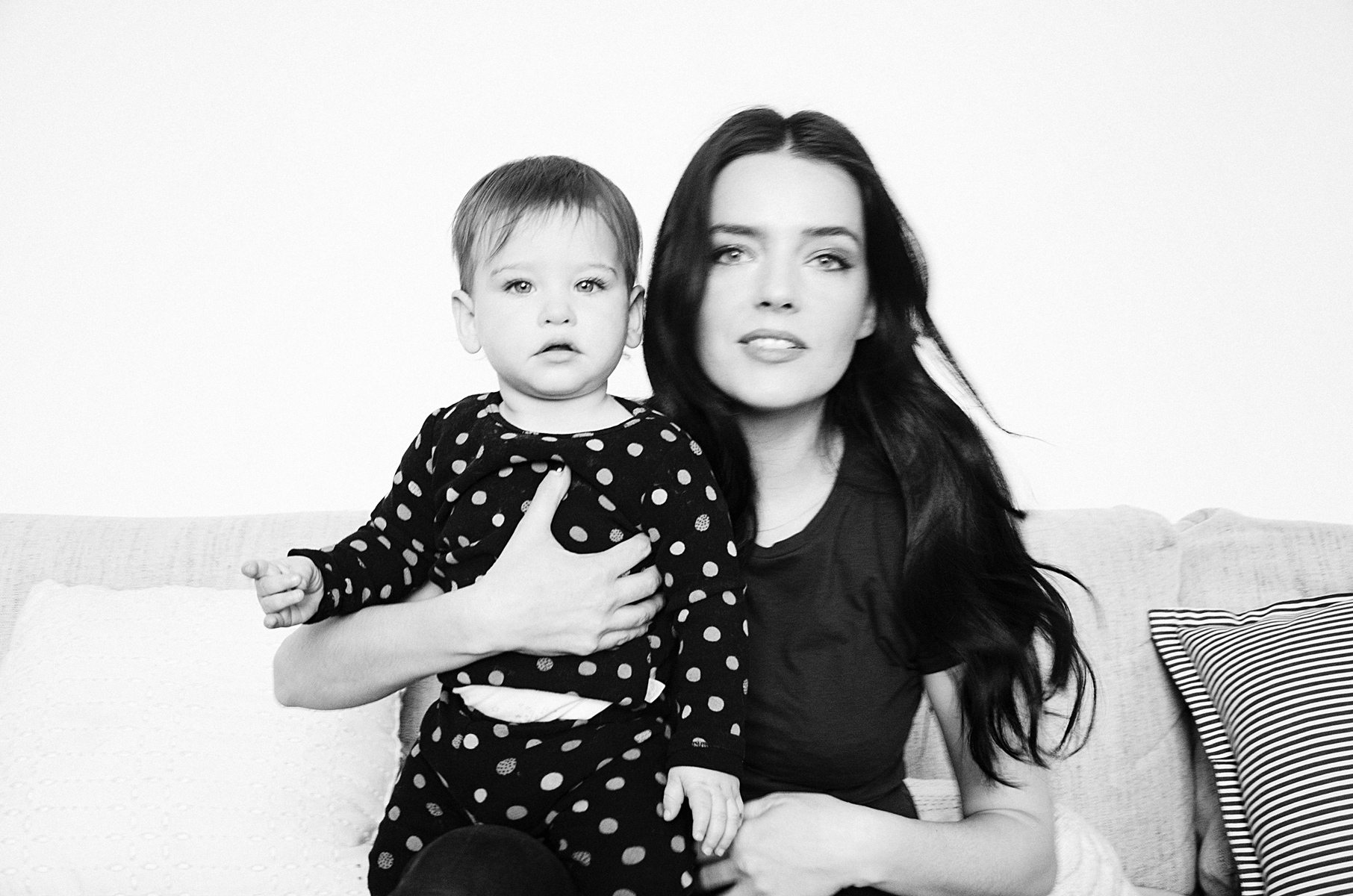 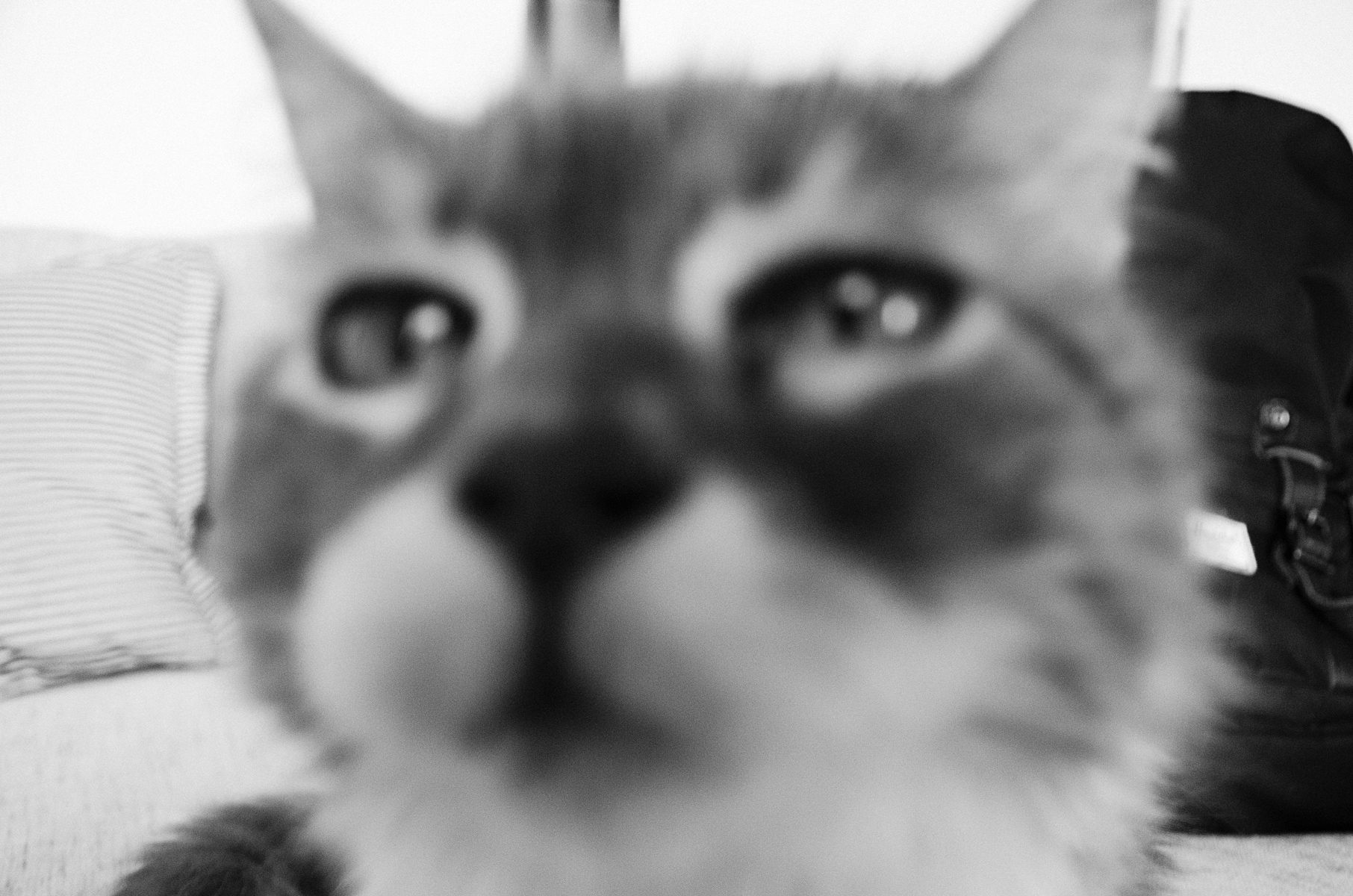