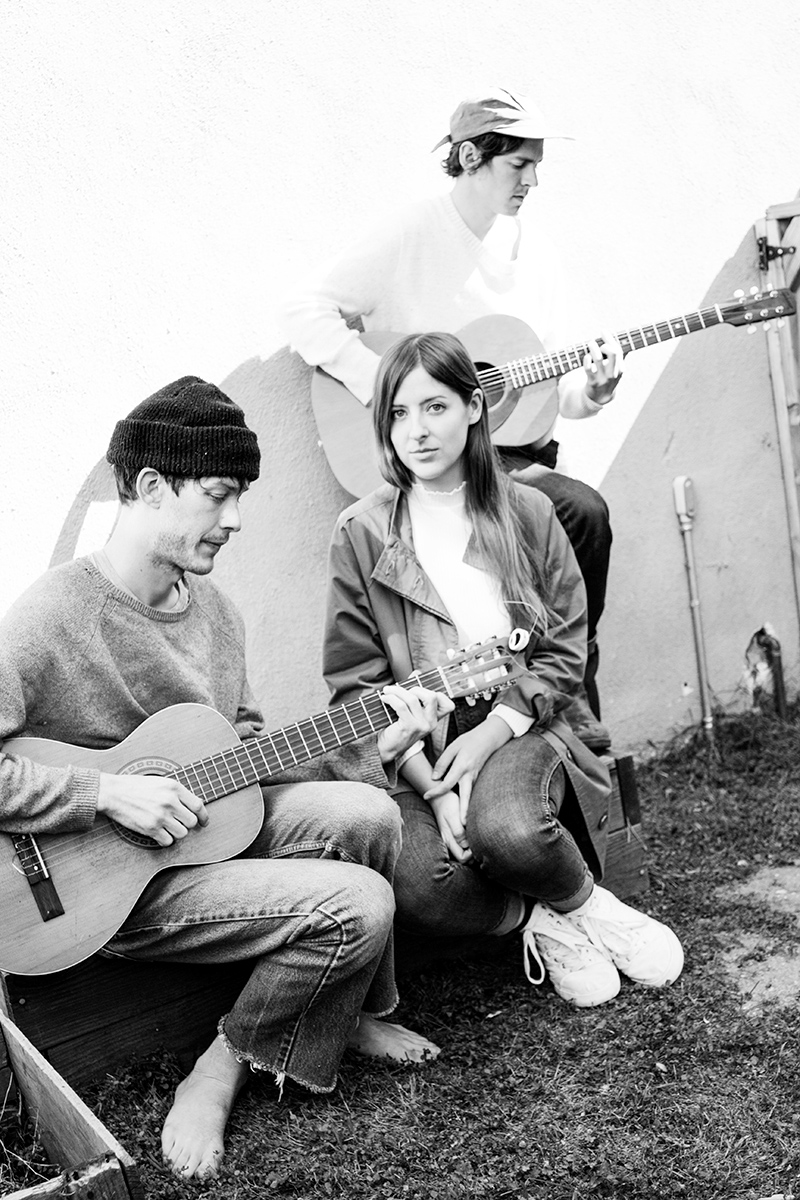 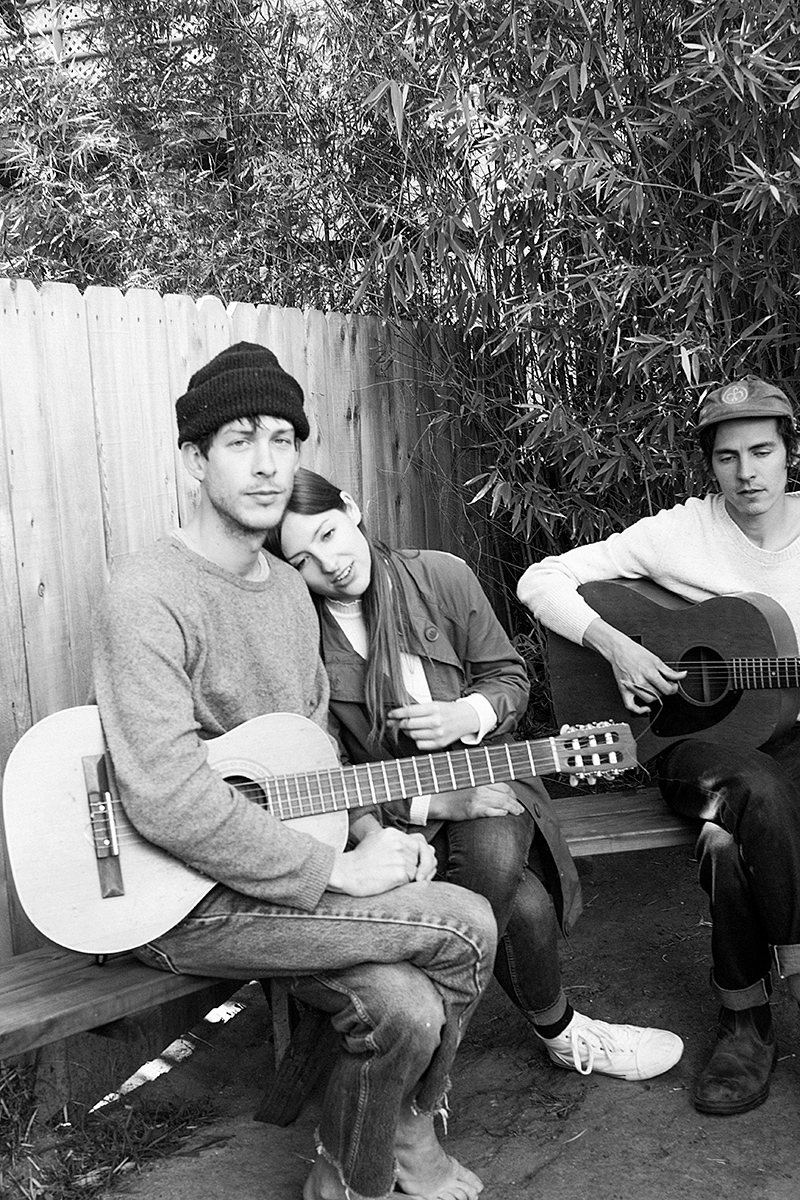 Exclusive Live Performance of “Wrong For You”

Exclusive Live Performance of “Not today”

“I’ve always been inspired by voices. It’s my main instrument.
When I’m writing, I’m writing for my voice.
I’m very drawn to melodies and how I incorporate my influences.”
— Molly Burch

Molly Burch
Molly Burch is a singer-songwriter from Los Angeles who is currently based in Austin, Texas. She released her debut album Please Be Mine in 2017 through record label Captured Tracks, and her second album First Flower is out October 2018.

Austin-based singer Molly Burch burst onto the indie music scene with her debut album Please Be Mine last year, recording the ten-song album in a single day with Dan Duszynski (from the band Loma) at his studio in Dripping Springs, Texas. Having studied jazz vocal performance at the University of North Carolina, Burch has become known for her soulful voice and has drawn comparisons to Patsy Cline and Billie Holiday. Moved by the positive response to her heartfelt lyrics in Please Be Mine, Burch now releases her second album First Flower, which explores anxiety and fading friendships. She spoke about early musical influences, her writing process and building a life in Austin.

Where are you from?
I’m from Los Angeles. Right now I live a little outside of Austin, Texas.

Why did you move to Austin, Texas?
I moved on a whim. I grew up in Los Angeles, and then I went to college in a couple of different places, but I ended up in Asheville, North Carolina. After graduating from college, I spent about a year there saving up money and not really knowing what I wanted to do. I thought about moving back to LA, but I was more attracted to the idea of moving somewhere new and pushing myself to start a new life. I felt like Austin was cool because it was not as big as LA, but still had a music theme.

When did you start making music?
I started singing when I was in middle school, but just by myself. I was afraid of it and I was really, really shy. I continued to sing until college and went to a school for a vocal jazz performance, but I didn’t play instruments or write songs until college. I started to write my own songs when I moved to Austin.

Who did you listen to growing up?
I listened to a lot of pop stars like Britney Spears, Christina Aguilera, and Mariah Carey. At the time I was really embarrassed for liking them, but I loved female singers. When I grew up a little bit, I found Lauryn Hill and was really drawn to her voice. Then I started listening to more jazz music like Billie Holiday, Nina Simone, and Patsy Kline.

“I started singing when I was in middle school, but just by myself. I was afraid of it and I was really, really shy.”
—Molly Burch

When do you feel you got your break?
I don’t know how to answer that, but I recorded my first album a couple years ago, and then was lucky enough to put it out with Captured Tracks, and sign with them—that made me feel like being a musician was a part of my identity.

Were you raised in a musical background?
No, not really. I have a very creative family; all my family is in the movie business.

Where do you get your inspiration from and how do you create from it?
I’ve always been inspired by voices. It’s my main instrument. Maybe it’s just me being self-conscious, but I definitely see songwriting as secondary. When I’m writing, I’m writing for my voice. I’m very drawn to melodies and how I incorporate my influences.

Your process is to sing your melody and then …
I write chords first with the guitar, and then I sing on top of that and choose whatever sounds the best.

“I listened to a lot of pop stars like Britney Spears, Christina Aguilera, and Mariah Carey. At the time I was really embarrassed for liking them, but I loved female singers.”
—Molly Burch

What life events have impacted you and your music the most?
Moving to Austin really impacted me because I was able to do something that I was afraid of—moving somewhere by myself. It was difficult to build up a life there from scratch. That’s when I motivated myself to write.

Alex Cameron
Alex Cameron is an Australian musician who often adopts the persona of a failed entertainer. His recent album Forced Witness (2017) features collaborations with Brandon Flowers and Angel Olsen.

The Girls
Set in the late 1960s, Emma Cline’s novel The Girls (2016) follows Evie Boyd as she meets a group of girls at a park in Northern California and becomes enmeshed in their soon-to-be-infamous cult.

What are your interests and passions outside of music?
I love to watch movies. I love my cat. I love watching TV. I love RuPaul’s Drag Race—that’s a big passion.

What’s your favorite book, film, and music right now?
My favorite music—Alex Cameron because we’re on tour with him right now and I’m very excited. My favorite book that I’ve read recently is The Girls by Emma Cline. For the movie, Call Me by Your Name. I just watched that and really loved it.