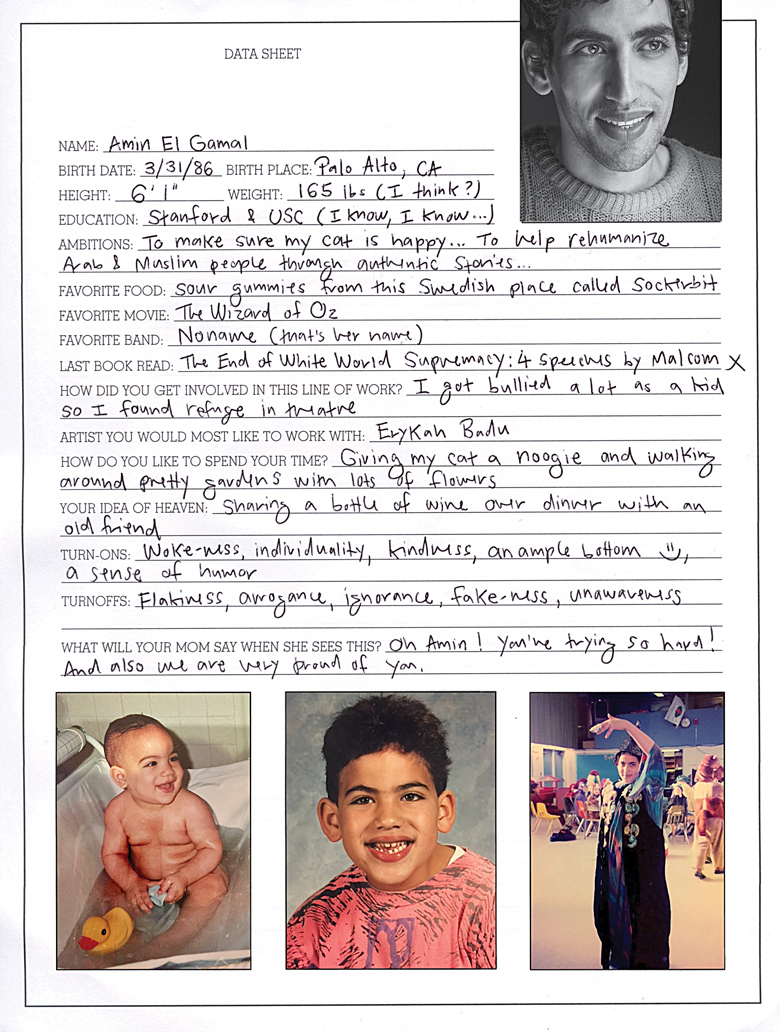 Amin El Gamal
Egyptian-American actor Amin El Gamal currently stars as Cyclops, the lead villain in Fox’s Prison Break: Sequel and has worked in a variety of other television series, including Shameless and Newsroom. In addition to acting, Amin is a passionate advocate for the responsible representation of minorities on screen and hopes to lead Hollywood away from the limitations placed on them, specifically gay & Arab-American actors.