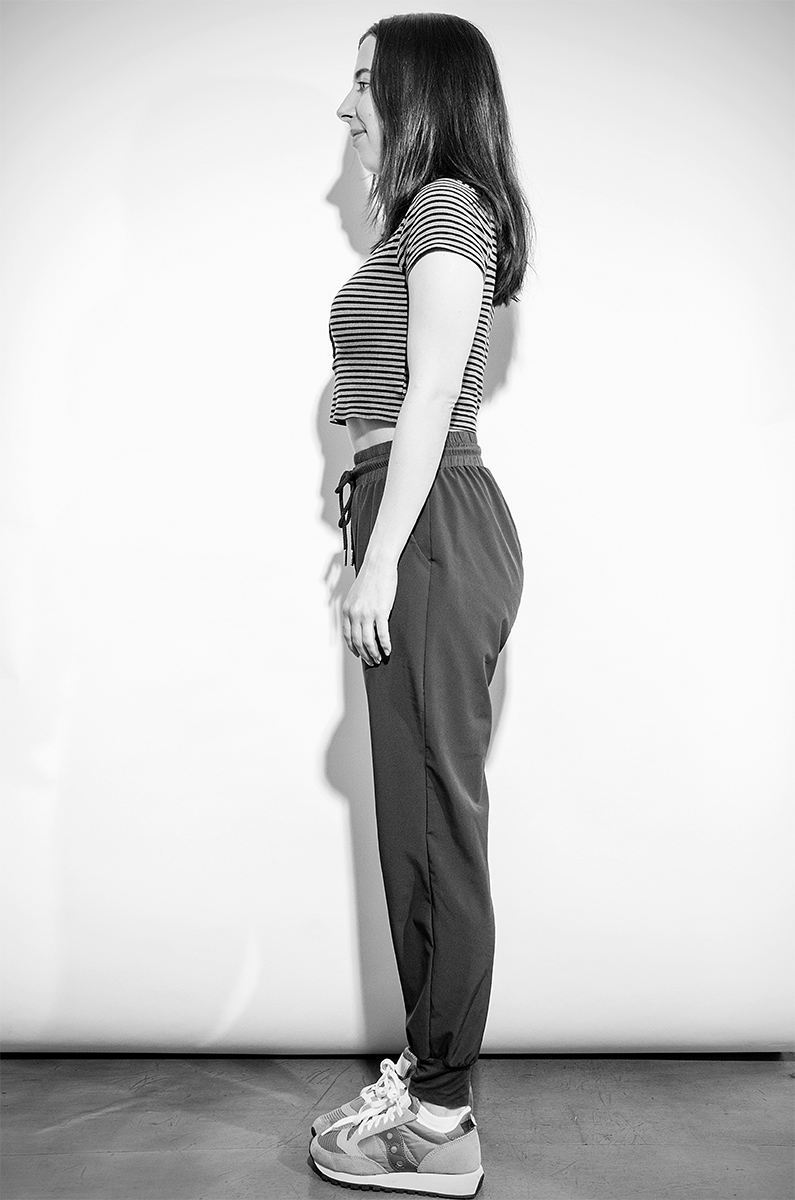 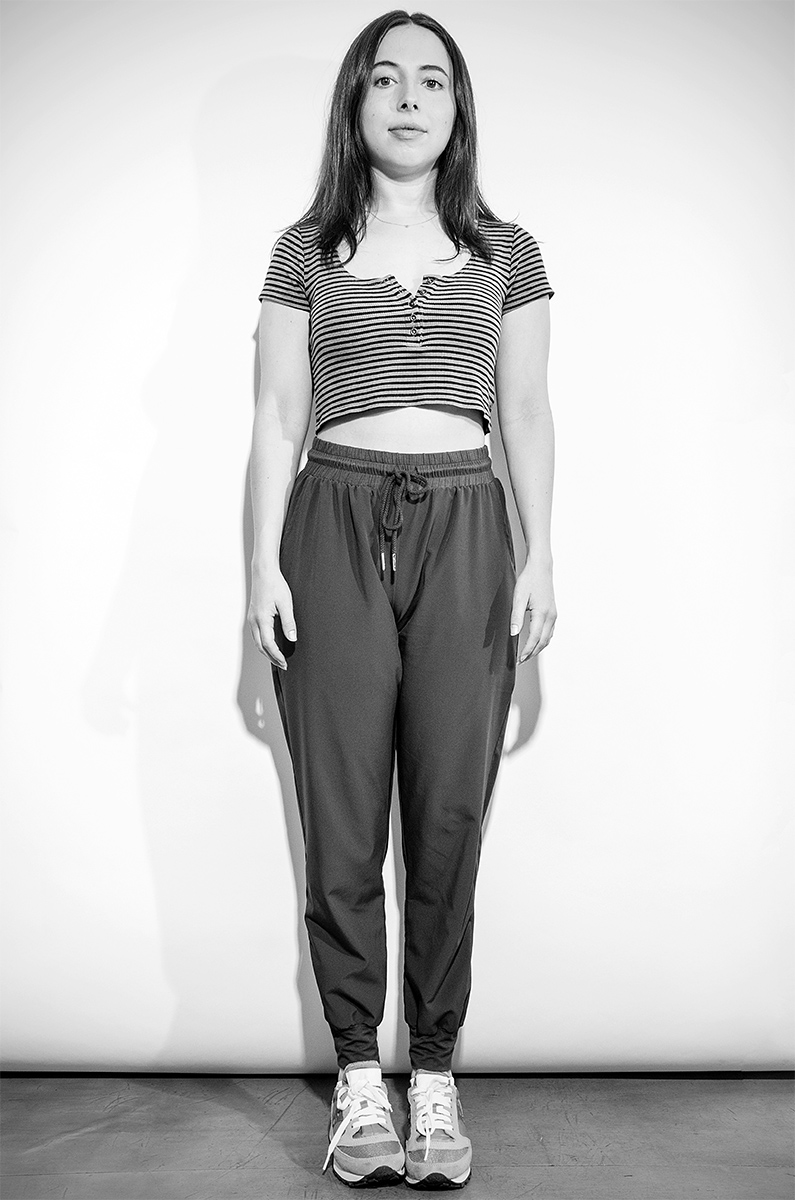 “There’s no such thing as a break anymore.
This is 2018:
you have to do a million things to work up to half a break.”
— Esther Povitsky

Esther Povitsky
Esther Povitsky is a writer, actor, and comedian who co-created and stars in Freeform’s Alone Together (2018). She has previously guest starred on the CW’s Crazy Ex-Girlfriend (2015), Netflix’s Love (2016), and Hulu’s Difficult People (2015). Before moving to Los Angeles, Povitsky studied comedy at Chicago’s Second City.

Glowing Up
Glowing Up is a podcast featuring comedian Esther Povitsky and writer Caroline Goldfarb that delves into the worlds of beauty, health, and diet.

Esther Povitsky has come a long way since her days taking comedy classes in Chicago. She co-created and stars in Freeform’s Alone Together (2018), which was renewed for a second season before its initial air date, and she was recently named one of Variety’s “10 Comics to Watch.” Along with guest-starring in shows for Netflix and Hulu, Povitsky also hosted a sex talk show for women titled Cocktales with Esther (2015) and regularly performs stand-up across Los Angeles. She discusses what a career-altering break looks like in 2018, her beliefs about luck, and deep gratitude for her dog. 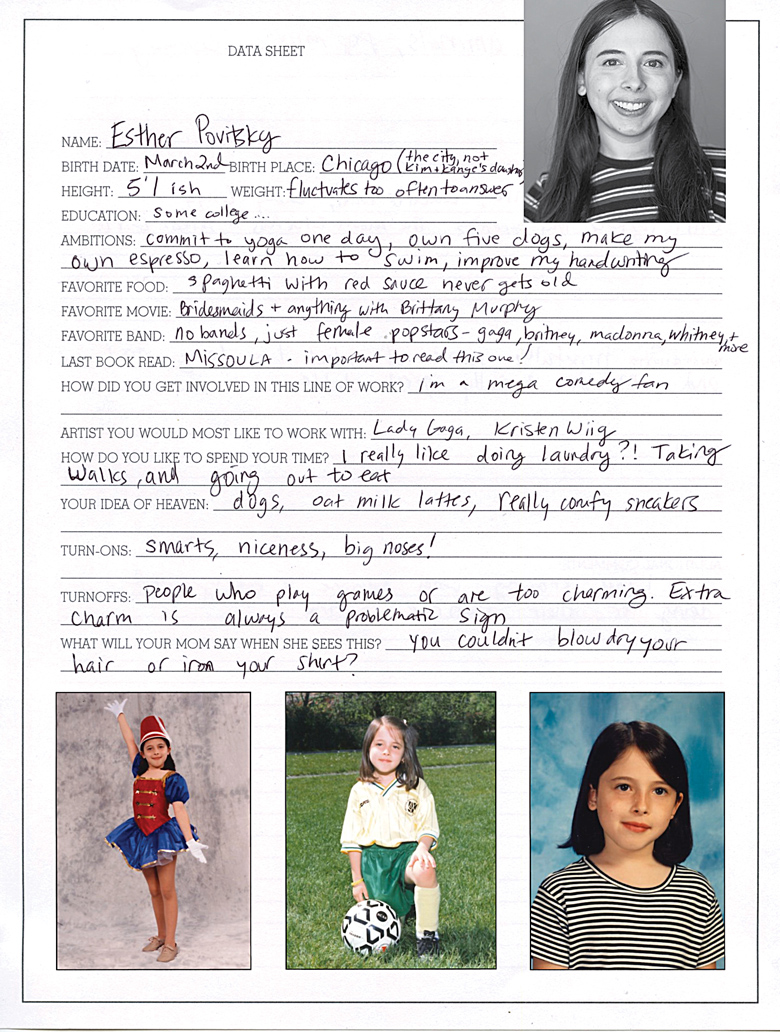 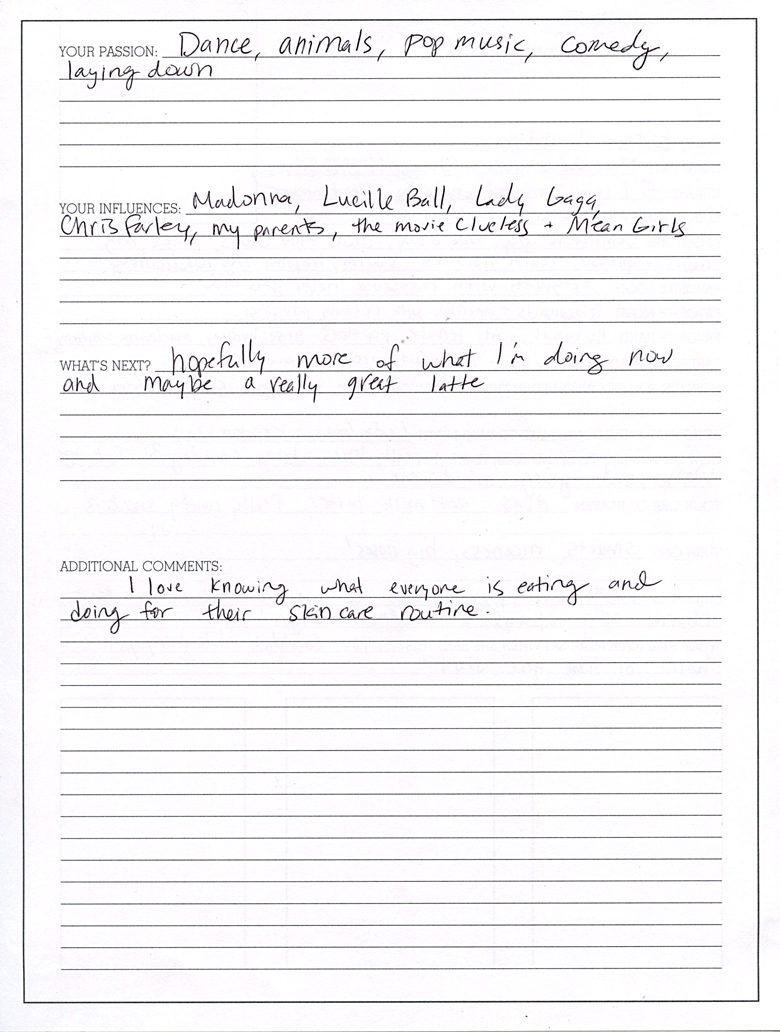 Where are you from?
I grew up in Skokie, Illinois and lived there until I was 21. I went to college, but then I moved here, meaning LA.

Favorite movie?
Bridesmaids and anything with Brittany Murphy.

Artist you would most like to work with:
Lady Gaga, Kristen Wiig.

Turn-offs:
People who play games or are too charming. Extra charm is always a problematic sign.

What will your mom say when she sees this?
“You couldn’t blow dry your hair or iron your shirt?”

What was your first break?
There’s no such thing as a break anymore. This is 2018: you have to do a million things to work up to half a break. Right now I have my show, Alone Together, and we’re filming season two. I also have my podcast, Glowing Up. I’m also a stand-up comedian, but none of those are a break.

“There’s no such thing as a break anymore. This is 2018: you have to do a million things to work up to half a break.”
— Esther Povitsky

I’m on a show called Crazy Ex-Girlfriend. I play Maya, who’s basically just me but if I had a job as—a paralegal? I never know what my job is on that show. Sometimes I think I’m an office assistant.

I also have my show Alone Together, about me and my best friend living in Los Angeles and being misfits. We’re in a platonic male-female friendship, and we’re never getting together. That’s kind of the law of the show.

How do you feel about this career?
It’s fun and cool. My favorite part is my stand-up because I get to go on stage and be myself and talk about things that are affecting me right now. That’s just very fun to do. So I feel fine about this career. I mean, sometimes it’s hard to not lay in bed all day, but I think everybody feels that way.

“My favorite part is my stand-up because I get to go on stage and be myself and talk about things that are affecting me right now.”
— Esther Povitsky

How did you decide to become an actor?
I decided I would be a stand-up comedian when I was 21. I dropped out of college and moved to Los Angeles to pursue stand-up, and then through that I realized I wanted to write TV and stuff for myself to act in. It just kind of happened. When you’re in LA, it’s like you become an actor by just being here. Drinking all that Pressed Juice just makes you an actor.

What actor do you look up to?
I really like Rachel McAdams. I’ll never forget her iconic performances in Mean Girls and The Notebook. They happened so close together and were such a big part of my formative years. Of course I love Tiffany Haddish because she’s my friend, but I’m also really proud of her and she’s funny.

What would your ideal job be?
Working on a farm with a million puppies. Everyone loves puppies. I know it’s fucking basic, but sometimes it’s okay to be basic. It’s a big deal in our culture for a reason, and it’s because we are all a little bit basic.

Do you consider yourself to be lucky?
I don’t believe in luck because my dad is a compulsive gambler, so he’s taught me that there is no such thing as luck.

“When you’re in LA, it’s like you become an actor by just being here.”
— Esther Povitsky

What advantages do you have?
People say I’m pretty, but I don’t know or see that because I don’t identify as that. But I’m starting to be like, “Ok, I guess I must be kind of cute.”

Would you rather have a car or diploma?
A car. I wasn’t allowed to have a car because we couldn’t afford it when I was in high school. I wanted a car so bad, and when I finally got a car out in LA it was just the best. I still have dreams about how happy I am that I have a car and what it was like when I didn’t have a car. I never even look at my diploma.

How do you feel about how interconnected the world is becoming?
I feel really good because it lets me connect with my parents more, and I love that I can reach people far away. I recently did a tour of Australia, and it was so cool that I had fans in a place so unimaginably far away.

What does the future look like to you?
The future looks like an oat milk latte and maybe some kind of breakfast food that has avocado in it. I’m basic. It all goes back to the basics.

“I don’t have a specialty or type. I’m just myself and that’s that.”
— Esther Povitsky

What are you most grateful for?
I’m so grateful for my dog. I say it all the time because we all want to be grateful, but we’re not present and it’s hard to do. Every time I see her and cuddle her, I think about how she’s my dream come true and how I’m so happy she’s in my life.

Sunset Boulevard
Sunset Boulevard (1950) is a film noir story directed by Bill Wilder about a forgotten silent film star who hires a struggling screenwriter to help her make a return to the big screen. The film was nominated for 11 Academy Awards and won three.

What is your favorite way to communicate?
I don’t like texting because it hurts my hands. I don’t like talking on the phone because I’m friends with a lot of people who love talking, which I love, but sometimes it’s too much and it’s hard to get off the phone. My favorite way to communicate is with people who I can just say, “Shut up. I’m going. Bye.” Communicating with people that you’re really comfortable with is the best.

What is your favorite book, film and music right now?
Music will always be female pop. Right now I’m revisiting Katy Perry’s Teenage Dream album. I’m having a renaissance with it. For film, I love Sunset Boulevard. I’ve re-watched that a lot. For books, I’m reading The Subtle Art of Not Giving a Fuck, and I really like where he’s going with things.