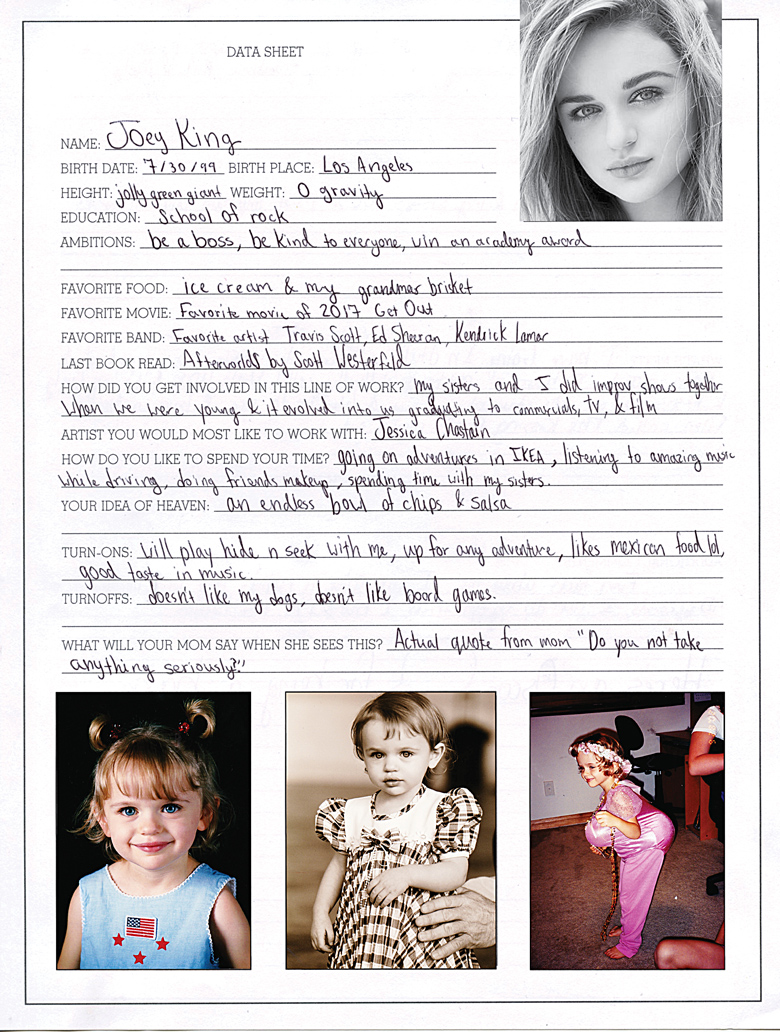 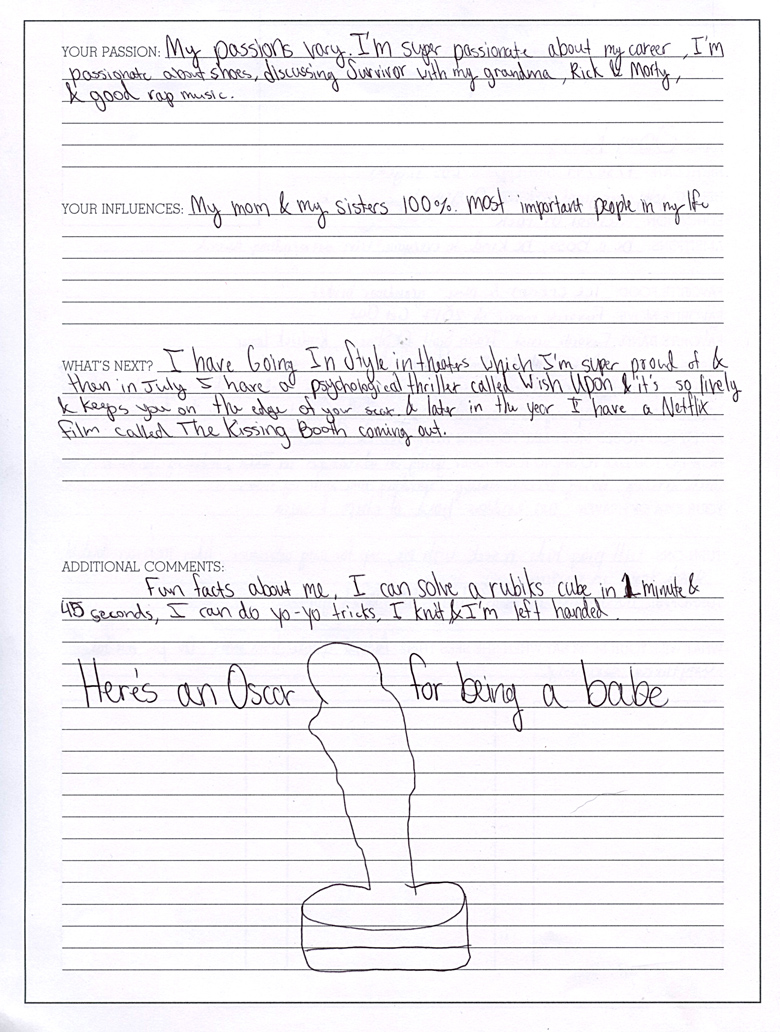 Joey King
Joey King has been acting professionally since a very young age and is best known for her roles in Wish I Was Here (2014), opposite Zach Braff and season one of the FX hit Fargo (2014-2015). King is currently starring in the Zach Braff-directed comedy Going in Style, alongside an all star cast, including Morgan Freeman, Michael Caine, & Alan Arkin. Upcoming King with star in thriller Wish Upon, directed by John R. Leonetti, along iwth the 2018 Netflix original series The Kissing Booth.