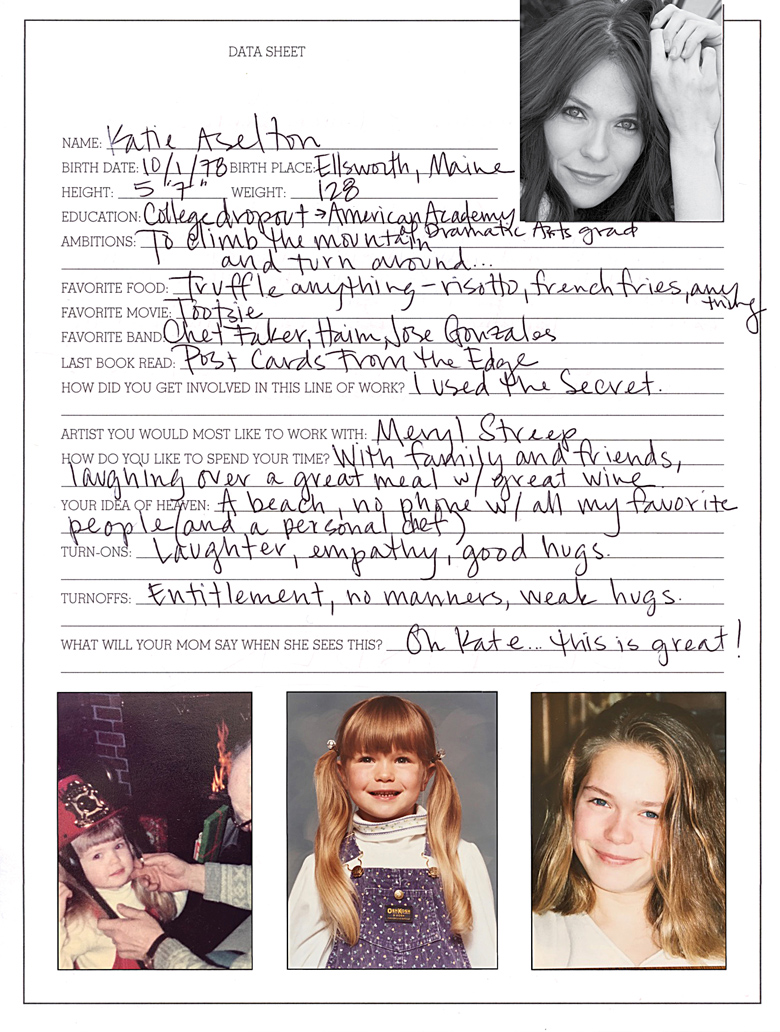 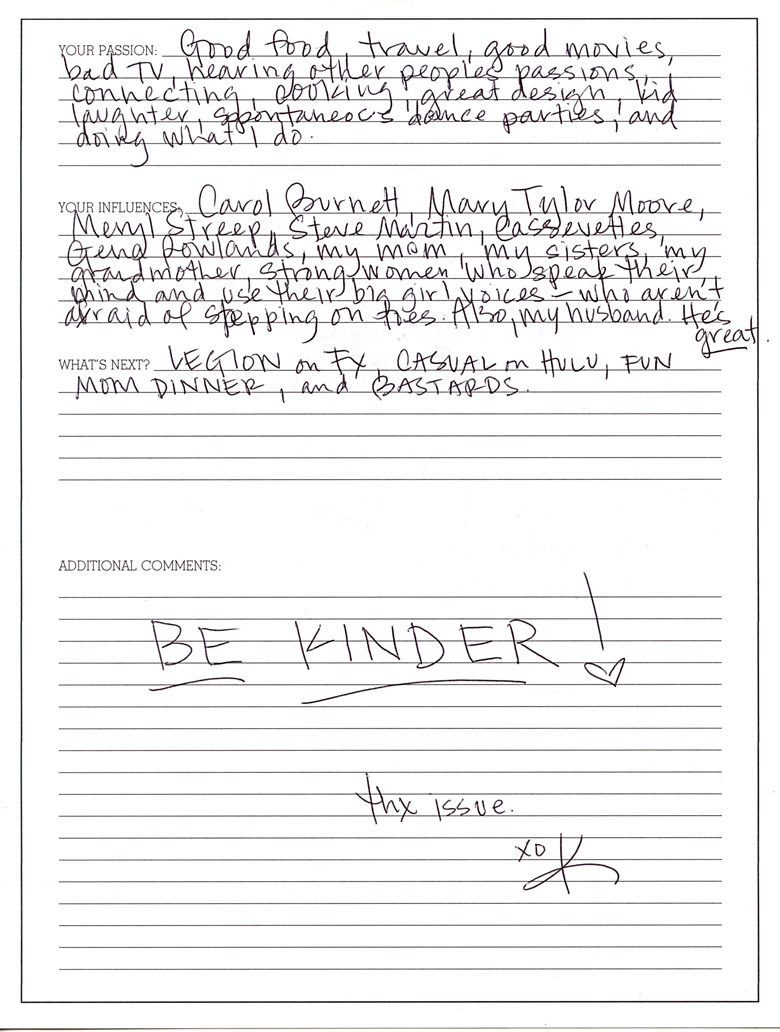 Katie Aselton
Katie Aselton is best known for her work in television including Jenny on The League (2009-2015) and Amy on Togetherness (2016), along with starring in the 2005 Duplass Brothers film The Puffy Chair. She is currently starring in the new FX Marvel series Legion, created by Fargo creator Noah Hawley.