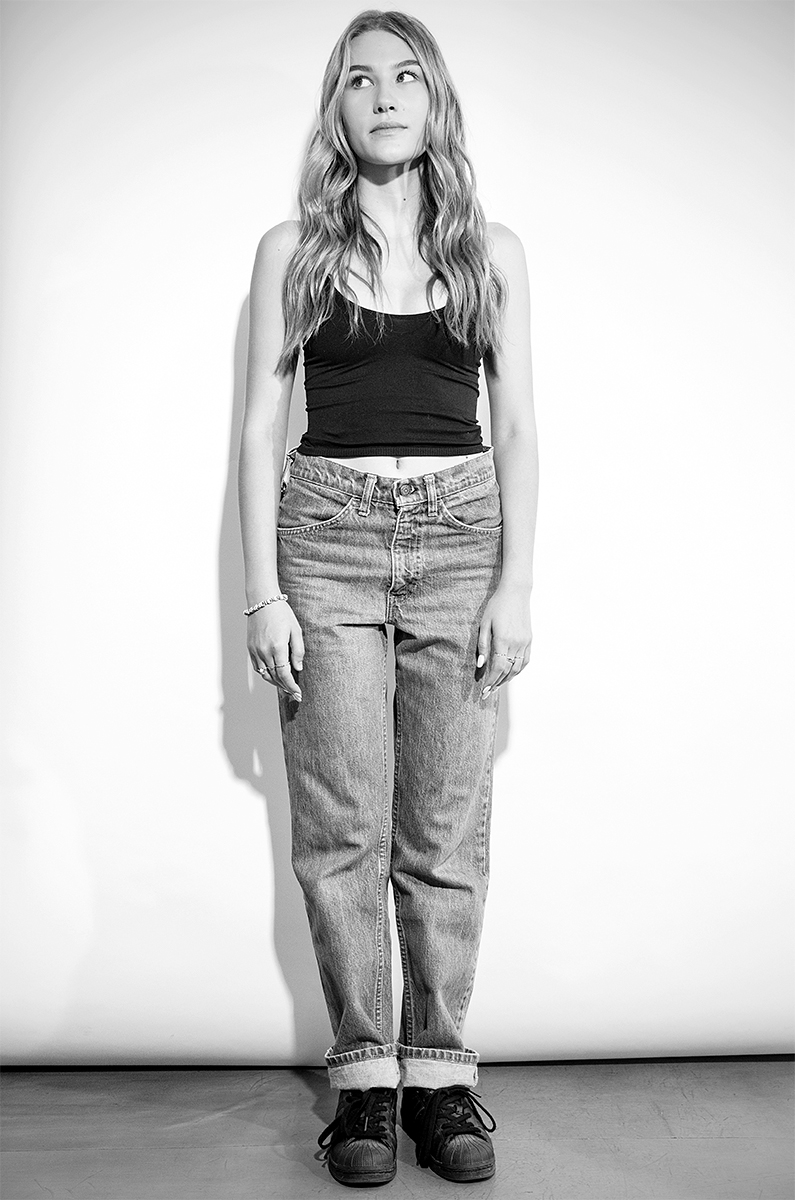 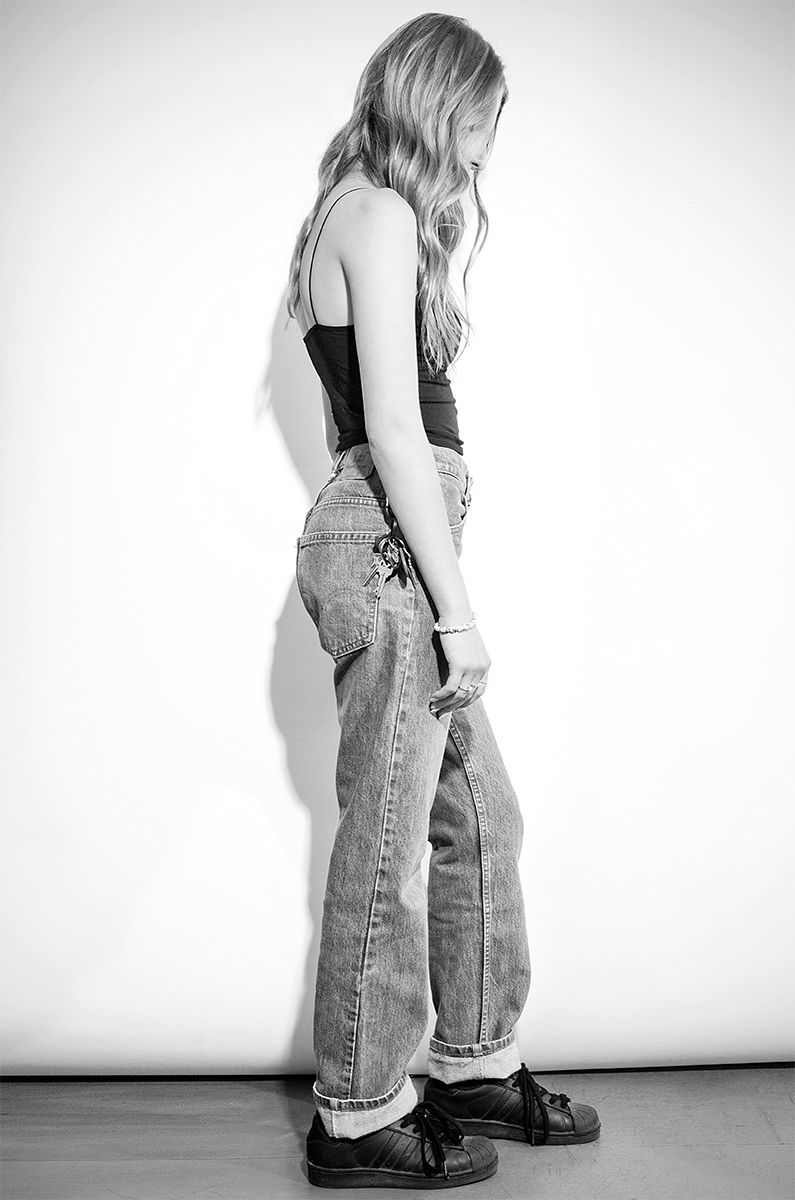 “When I was a kid and people would ask what I wanted to do when I grew up,
I had no answer. I still have no answer but I like this for now.”
— Sofia Hublitz

Ozark
Ozark (2017-) is a Netflix crime drama thriller series starring actor and sometimes director Jason Bateman. The series follows Bateman’s character and his wife, who relocate to a summer resort community in the Ozarks in an attempt to pay off a debt to a Mexican drug lord. Co-stars include Laura Linney, Esai Morales and Peter Mullan.

After a stint on reality television, Sofia Hublitz landed her first major role in 2017, playing Charlotte Byrde in the Netflix series Ozark alongside Jason Bateman and Laura Linney. She tells us about her “eccentric” acting type, her love of dead actors, and why sending real letters is the way to go. 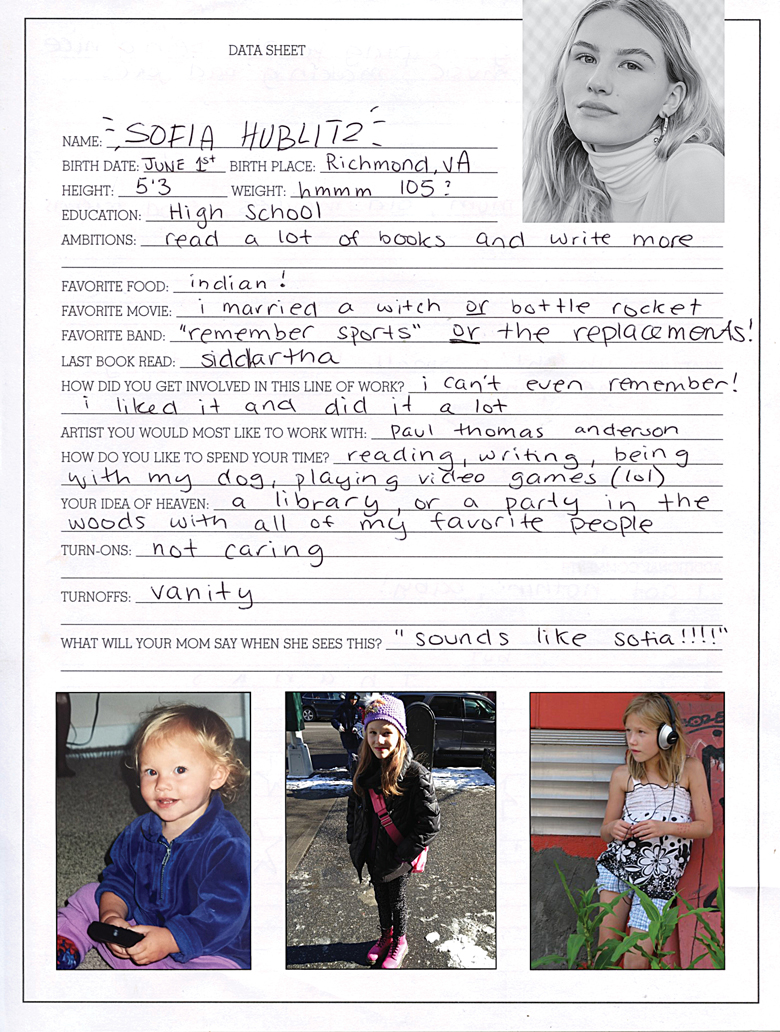 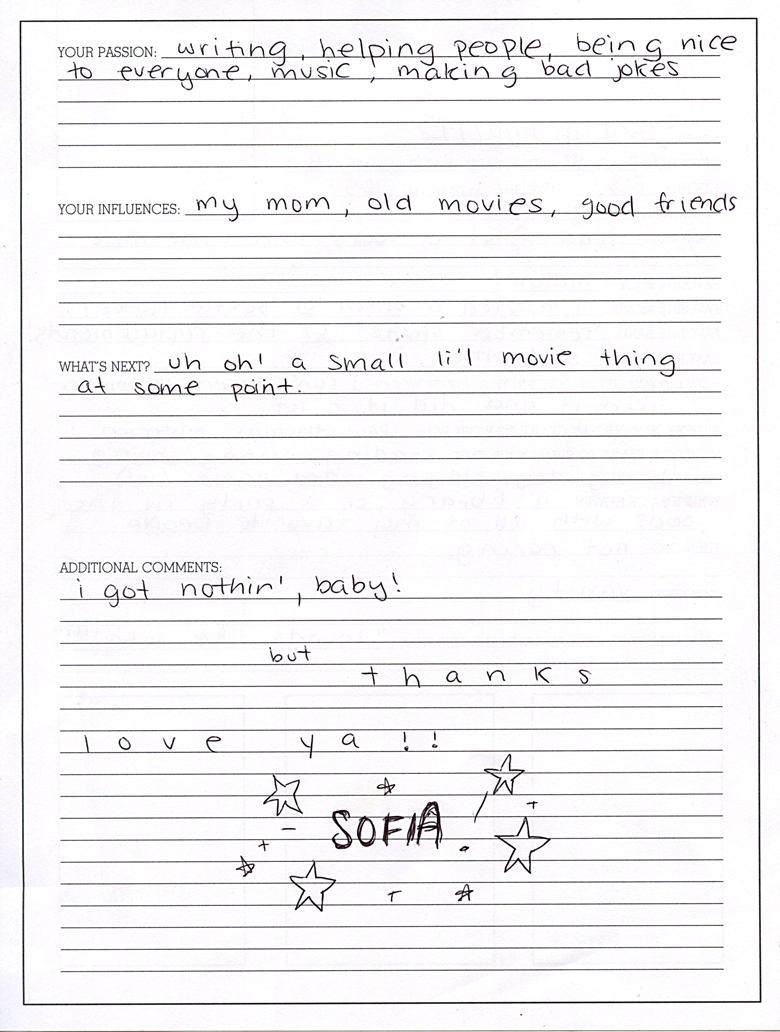 Your idea of heaven:
A library, or a party in the woods with all my favorite people.

What was your first break?
That was Ozark.

What have you been in?
One was a reality show when I was a kid and I don’t want to talk about that. Then I was in two of Louis C.K.’s shows, and that is pretty much it.

How do you feel about this career?
Mixed mostly, but overall I feel alright.

How did you decide to become an actor?
I liked it. I was fourteen and I thought it was fun.

How would you describe your specialty or type?
I would just say “eccentric.” I guess the only normal thing I can say is “baseline eccentric.”

“In the news you never see anything happy or uplifting, it’s always something that is going downhill. But there is good that shines through sometimes.”
— Sofia Hublitz

Who is the actor that you most look up to?
Can I choose a dead one? Probably somebody like Buddy Davis or Joan Crawford, both dead. Both good ladies.

What would your ideal job be?
I don’t know—when I was a kid and people would ask what I wanted to do when I grew up, I had no answer. I still essentially have no answer but I like this for now.

Do you consider yourself to be lucky?
Yeah, I consider any good fortune that comes to anyone … yeah, that is luck.

What advantages do you have?
I don’t know. The semantics that I use. Does that even make sense? Probably not. Words, I’m good with words.

Would you rather have a car or a diploma?
I graduated high school and I have my driver’s license. I guess I’d choose diploma, but I’ve already achieved that—just not the college one.

How do you feel about how interconnected the world is becoming?
I think it is all becoming interconnected in a very bad way rather than a good way. So it’s always nice to see that play out, and see how everything will conclude.

“I was in a reality TV show as a kid but I don’t want to talk about that.”
— Sofia Hublitz

What does the future look like to you?
Everyone tells me what my future looks like and I go, “No way.” So I don’t know. I’d say the future of the world probably isn’t looking too good, but I always like to keep my hopes up.

How do you feel about having children?
It seems like a good idea.

What challenges do you feel the world is facing today?
More like, “what challenges is the world not facing today.” Everyone in every department in every world issue, it’s all bad. It’s the way I see it anyway. In the news you never see anything happy or uplifting. It’s always something that is going downhill. But there is good that shines through sometimes, not to be totally negative.

Wild Strawberries
Wild Strawberries is a 1957 Swedish drama film written and directed by Ingmar Bergman. It stars Victor Sjöström in his final screen performance, as well as Bergman regulars Bibi Andersson, Ingrid Thulin and Gunnar Björnstrand. Often considered to be one of Bergman’s greatest and most moving films, Wild Strawberries explores philosophical themes such as introspection and human existence.

What is your favorite way to communicate?
Calling, or speaking in person, or snail mail. I love sending letters.