Sophia Lillis
New York born actor Sophia Lillis stars in the 2017 film adaption of Stephen King’s famous novel It. She can be also seen in the forthcoming HBO drama series Sharp Objects (2017), as well as A Midsummer Night’s Dream (2014) and the short film The Lipstick Stain (2013).

It (book)
It is a 1986 horror novel written by award-winning American author Stephen King. The story is told through two alternating time periods. The first follows seven children who are terrorized by “it,” a being which exploits the fears of its’ prey and hunts in disguise, and the second time period sees the same characters as adults. The novel received The British Fantasy Award and was listed as the best-selling book in the US in 1986.

It (film)
Based on Stephen King’s famous 1986 horror novel, It is an upcoming 2017 horror film directed by Andy Muschietti. The film stars Jaeden Lieberher, Bill Skarsgård, and Sophia Lillis. It is the first in a planned duology portraying the full scope of King’s narrative. 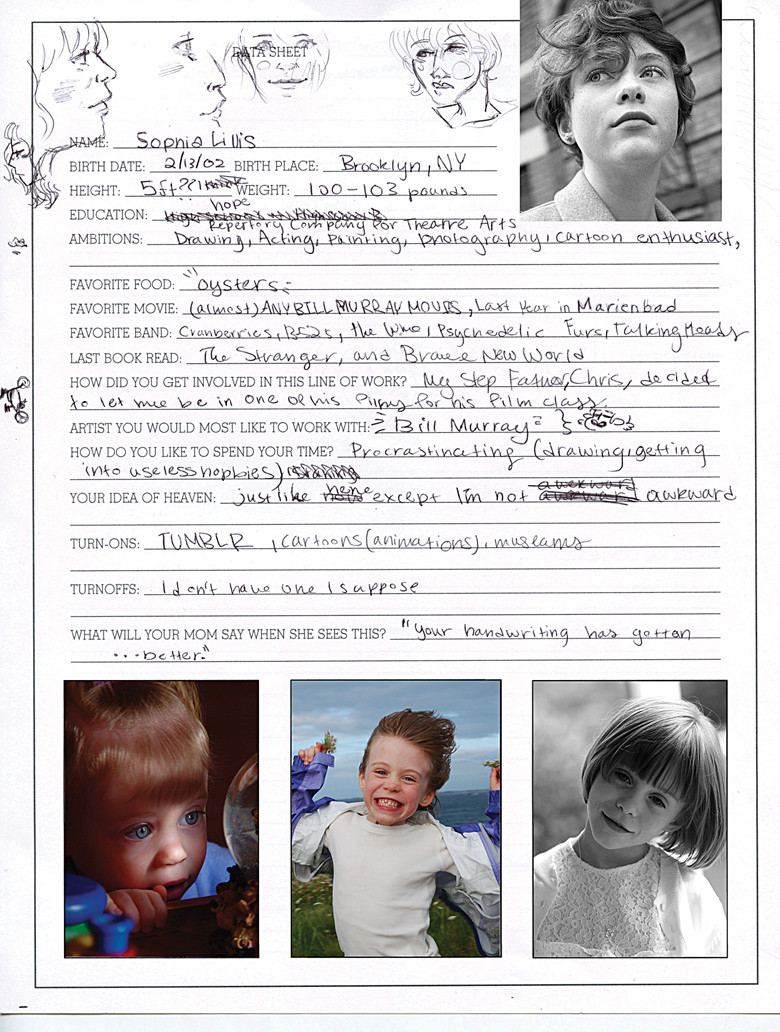 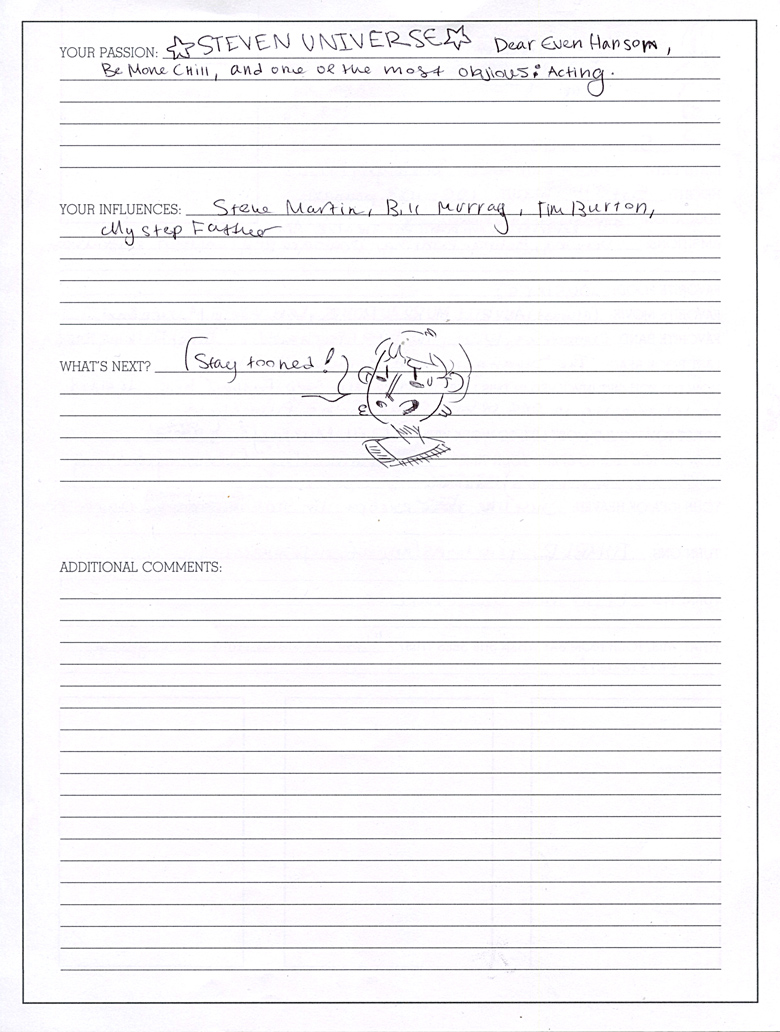 What will your mom say when she sees this?
“Your handwriting has gotten…better.”

First Break:
Just recently, I was the part of Beverly in the remaster of It.

What have you been in?
I have definitely been in a lot of short films. The Lipstick Stain, Virgil’s Day Off. I think It is my first real big movie.

How do you feel about this career?
The way I’m heading is good so far.

How did you decide to become an actor?
My stepfather, Chris, gets extremely into these hobbies, but not just like, “Oh, everyday I’m just going take pictures.” He got into photography and bought all this equipment, and he was taking a film class and asked me to be in it. It was called Virgil’s Day Off, and it was fun. This is the one thing I actually enjoyed so I got signed up to be in this acting class, and I think from then on I decided that I have enough experience that I better make this a job.

How would you describe your specialty or type?
I have actually an answer to that. Every part I get, I always have a mother who is gone or an abusive relationship with my parents. It’s definitely a pattern.

“I have short hair and that gives me roles for both boys and girls. I was in this school play, The Music Man. And I was Winthrop, the boy with the lisp. What does that say about me?”
— Sophia Lillis

What inspires you?
Fear of failure. When you work on a film, there’s a lot at stake. The director’s vision, the other actors, a lot of money. I just want to do a good job and not let everyone down.

Who is your favorite actor you look up to?
I’m still really into Bill Murray and Steve Martin. I definitely love the comedians.

What would your ideal job be?
I will continue doing this for as long as I can, and that’s pretty much the job I would like to have.

Do you consider yourself to be lucky?
Yeah. I mean, I started young. I have parents that support me, and I think so far I’m pretty lucky.

What advantages do you have?
My parents. I have short hair and that gives me roles for both boys and girls. I was in this school play, The Music Man. And I was Winthrop, the boy with the lisp. What does that say about me?

Would you rather have a car or diploma?
If you’re in New York you can take the subway anywhere.

“Fear of failure [inspires me]. When you work on a film, there’s a lot at stake. The director’s vision, the other actors, a lot of money. I just want to do a good job and not let everyone down.”
— Sophia Lillis

What does the future look like to you?
I try not to think about it. It gets me depressed.

What is your favorite way to communicate?
Definitely not speaking. I guess through writing.

What is your favorite book film and music right now?
I’m just going to start with films. I got really into these old Italian movies because I was forced to watch them at young age, so I got into watching The Bicycle Thief and Casablanca and a lot of other ones that are extremely depressing, but they’re actually really good. I got kind of immune to watching sad films from that. I don’t really listen to pop music. I actually listen to soundtracks, like musicals. Right now I really want to watch Dear Evan Hansen, and they have really good music. I actually bought one song from it because I don’t have a lot of money. I’m only listening to “Sincerely Me” from Dear Evan Hansen. I know all the lyrics to it but that’s the only song I know, sadly.

And books?
I really like reading fantasy. Actually, I’m starting to read a little more nonfiction. I used to love reading those “Something for Dummies” books because I’ve always wanted to learn things and have a useless hobby that I’m really good at so I can just brag about it to other people. I want to have one thing I’m really good at that no one else is.

What’s next for you?
I just started working on an HBO series called Sharp Objects playing the younger version of the main character, who is played by Amy Adams. It’s directed by Jean Marc Vallée, who directed Big Little Lies and Dallas Buyers Club.